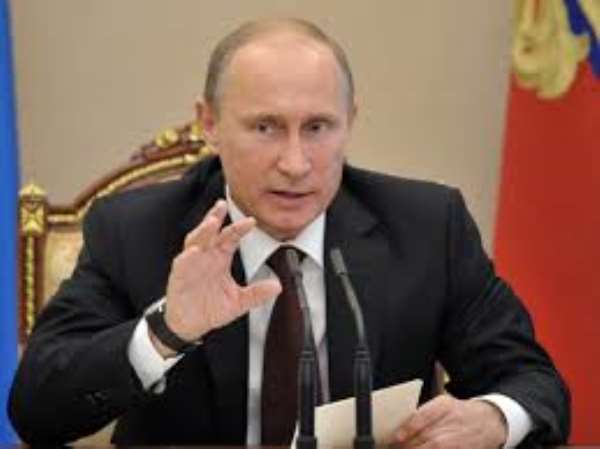 The rescheduling of the Group of Seven (G7) summit from late June to September and Russia's participation alongside with South Korea, Australia, India and South Korea has sparked discussions among both Russian officials and experts.

The Kremlin reported that Russian President Vladimir Putin and U.S. President Donald Trump had discussed in a telephone call, at the initiative of the U.S. side, the situation surrounding Covid-19, the Crew Dragon spacecraft launch, the Group of Seven (G7) summit, as well as the situation on the oil market.

"Donald Trump has informed (Putin) of his idea of holding the Group of Seven summit and possibly inviting the leaders of Russia, Australia, India, and South Korea. The importance of intensifying the Russian-U.S. dialogue on strategic stability and confidence-building measures in the military sector was noted," according to the press service report.

Russian Foreign Ministry spokesperson Maria Zakharova praised President Trump's idea to hold the Group of Seven (G7) summit in an expanded format was a step in the right direction, but it still did not provide for universal representation.

"The idea of an expanded Group of Seven meeting marks a course in the right direction in principle, and yet it doesn't provide for genuinely universal representation," Zakharova said in a statement published on the Foreign Ministry's official website.

"For example, it's obvious that any substantial ideas of global significance can hardly be implemented without China. We have an efficient and approbated format that has proven to be good: it's the G20, which represents the G7, BRICS, and the leading centers of economic growth and political influence around the world, rather than only part of it," she said.

Moscow agrees with Trump's view that the G7 is currently "a very outdated group of countries" and that it does not properly represent "what's going on in the world. Our position on this count is well known. It's impossible to address global policy and economic issues within the framework of exclusive clubs. This is an objective reality," Zakharova said.

However, Russia intends to obtain more information about the upcoming G7 summit through diplomatic channels since there are many things are still unclear.

"There is an understanding that all modalities of this initiative of US President Donald Trump regarding Russia's participation in the G7 summit, all nuances tied to holding such forums, of course, should be discussed through diplomatic channels and our diplomats will maintain contacts to get additional information from American partners," Kremlin Spokesman, Dmitry Peskov said.

He further underlined that Moscow has no comment regarding the statement put forward by Canadian Prime Minister Justin Trudeau who said that Russia should not be invited to the G7 summit. "This is a format that Russia is not taking part in and that is why from the start we said that there are more questions than answers at this stage there," Peskov clarified, local Russian media reported.

"If Russia is invited, then what to do with other members' point of view? If Russia is invited, then in what capacity? This is a format that we do not participate in," the Spokesman cited questions that might potentially arise. According to him, "there are still many unclear moments in this initiative (to invite Russia to the summit). We hope that diplomats will clear them up."

In an interview with Russian daily newspaper Izvestia, Chairman of the Russian Federation Council's Foreign Affairs Committee Konstantin Kosachev explained: "Trump's initiative is not about bringing Russia back into the group, it is about inviting more countries as observers. The G7 will make decisions and others will somehow certify the process."

It is usual practice to invite countries to a summit, Head of the Russian International Affairs Council (RIAC) Andrey Kortunov pointed out. However, some G7 countries don't want to see Russia at the meeting even in such a capacity because in their view, this sort of move would mean a concession to Moscow. It is also unclear why Russia should participate in a summit aimed against China given Moscow's close relations with Beijing.

"Attempts to involve Russia in a fight against China are bound to fail. It is unclear what Moscow could gain from it," Kortunov noted.

"Western countries haven't put forward any practical proposals that Moscow would see as worthy of consideration. No one is offering to remove the sanctions, recognize Crimea's reunification with Russia or ensure major investments in the Russian economy," the expert explained.

This is why it is a fool's errand to try to make Russia part of an anti-China front. Trump's initiative, which has stirred up media interest, will likely lead to nothing, the expert concluded.

Russian Ambassador to the US Anatoly Antonov said "Naturally, we are carefully following all remarks of the American president, and we registered his statements that G7 looks like an outdated group of countries that no longer reflects global developments. We definitely agree with this approach. We come from the premise that global political issues should be resolved with more (states) represented rather than in some elite clubs."

The diplomat noted that it is hard to imagine the resolution of global problems without China today. Moreover, he emphasized that there are other and more effective formats, like G20, much better suited to tackle global security and strategic stability.

Set up in the 1970s when the U.S., Italy, Japan, Canada, France, Germany, and Britain dominated the world economy, the G-7 shaped and led the global agenda. In 1998, Russia joined, only to be kicked out 15 years later over its annexation of Crimea. The United States presides over the G7 this year. *Kester Kenn Klomegah writes frequently about Russia, Africa and the BRICS.