Condolence Message On The Death Of President Pierre Nkurunziza Of Burundi 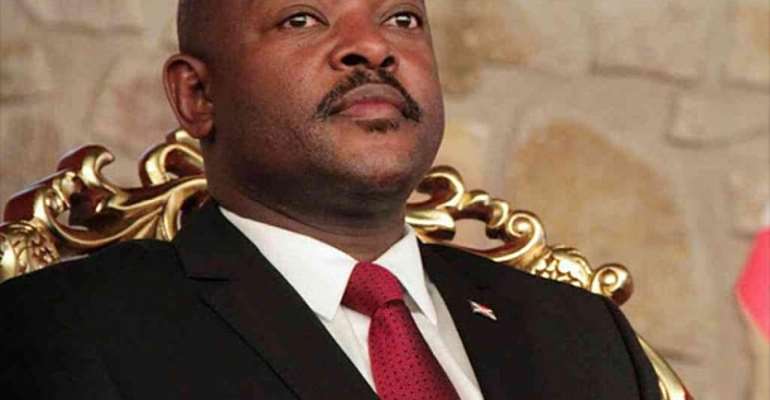 The People’s Democratic League (PDL) expresses its deepest sympathies with the people and government of Burundi on the unfortunate death of President Pierre Nkurunziza on Monday 8th June, 2020. His passing is a huge loss for all peoples, across Africa and the globe, struggling for a world free of inequality, exploitation and oppression.

It is testament to Pierre Nkurunziza’s leadership contribution in Burundi, Africa and the world that, while mourning his sudden death, we are also confident that the peace and democratic process in Burundi will be consolidated. We remember and honor the late Burundian President for leading his people with vision, firmness and courage. President Nkurunziza relied on God’s guidance as he led his country out of multifaceted crisis.

We recognize the outstanding and leading role of President Pierre Nkurunziza’s in building and strengthening friendship and cooperation among African countries and peoples and in promoting their common national and regional political, social and economic interests especially against the impositions and inroads of foreign powers.

Pierre Nkurunziza’s contempt for and refusal to be cowed by his adversaries in their desperate attempt to reverse progress in Africa inspired us all to struggle harder, gave us more courage to face the challenges in our different countries. Africa must move forward. The majority of Burundians agreed and elected Nkurunziza as their constitutional President in 2005.

Pierre Nkurunziza may no longer be physically present with the people to carry out his platform, but his ideas and leadership-role-model will live on for generations in the hearts and minds of all those committed to peace and development.

Pierre Nkurunziza hailed from the Burundian Northern district of Ngozi where he was born on December 19th, 1964. He attended primary school in his home region, and proceeded to secondary education in the central district of Gitega. His father, Eustache Ngabisha, was elected to the Parliament of Burundi in 1965 and later became Governor of two provinces before being killed in 1972 during the period of ethnic violence.

He graduated at a University in Bujumbura, Nkurunziza with a degree in Education and Sports in 1990. After graduation, he served as a secondary school teacher in the central district of Muramvya, and was later recruited as Assistant Lecturer at the University of Burundi, from 1992 to 1994. In 1995, when Burundi was plunge into a genocidal campaign of tribal antagonism between Hutus and Tutsis, President Nkurunziza escaped assassination attempt.

Nkurunziza joined the CNDD-FDD combatants and was appointed deputy Secretary-General of the rebel group in 1998. In 2001, he was elected chairman of the group. He was re-elected to the post of chairman in August 2004, and in that capacity he led a delegation to peace negotiations, which led to the signing of a ceasefire and power sharing agreement in 2003.

Earlier in 2003, he served as Minister of Good Governance and State Inspector General in the Transitional Government of President Domitien Ndayizeye.

The former rebel leader was nominated as presidential candidate to the democratic elections in June 2005 on his party ticket. He was first of all elected Member of Parliament in his constituency. He was then elected President unopposed by Members of Parliament acting as an electoral college on 19 August 2005. One week later, Nkurunziza was sworn in as the new President of the Republic of Burundi, a position he held until his untimely death on 8th June, 2020.

We deeply commiserate with the people of Burundi and Africa, and the entire family of Pierre Nkurunziza on the unfortunate demise of the Burundian leader. His death is indeed a great loss to Burundi as well as Africa. We pray God to grant his soul peaceful repose, comfort the Nkurunziza family and associates in these very challenging times.