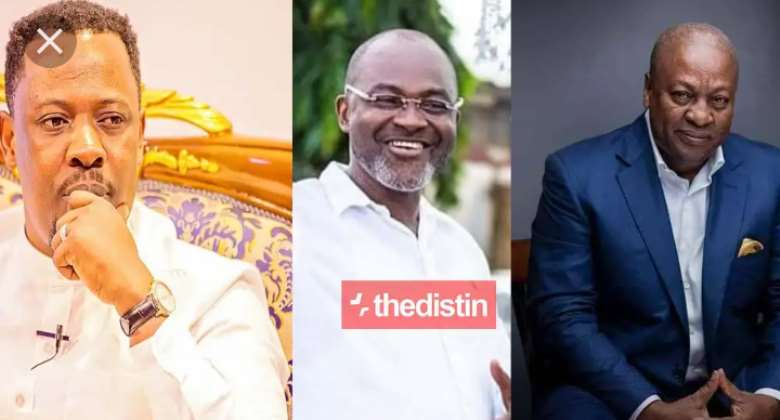 The Member of Parliament for Assin Central in the Central Region Kennedy Ohene Agyapong who is also a businessman and philanthropist has run down the image and integrity of Prophet Nigel Gaisie who is the founder and Leader of Prophetic Hill Chapel.

The MP has recently been known for exposing the so called men of God whom he describes many as fake including the leader of Prophetic Hill Chapel Prophet Nigel Gaisie.

He said the fake prophet is a crook and a dirty womaniser.

He made these remarks when speaking on the "The Seat Show" Wednesday 10th June, 2020 on Net 2 television hosted by Kwaku Annan.

According to the Assin Central MP, he has a tall list of celebrities including television and radio presenters as well as actresses that Prophet Nigel Gaisie has bonked.

But was quick to praise Nana Aba Anamoah for "being smart and not falling for the antics of the fake prophet".

"I wonder why an important personality like President Mahama would associate himself with a person like Nigel Gaisie". I respect him a lot, God has blessed him so much that, I don't understand why he should be associating with such characters," the MP intimated.

He implored all the other siblings of President Mahama including Ibrahim Mahama to advise their brother, former President Mahama to dissociate himself from prophet Gaisie who he described as "fake, crook, extortionist and worse than Bishop Obinim".

Kennedy Agyapong promised viewers of the show to look for more exposé with pictures and names of some celebrities Prophet Gaisie has slept with.

I won’t shield you if you are found to be complicit in galam...
2 hours ago