Nana B Jabs Mahama Over U-turn On Trainees Allowances 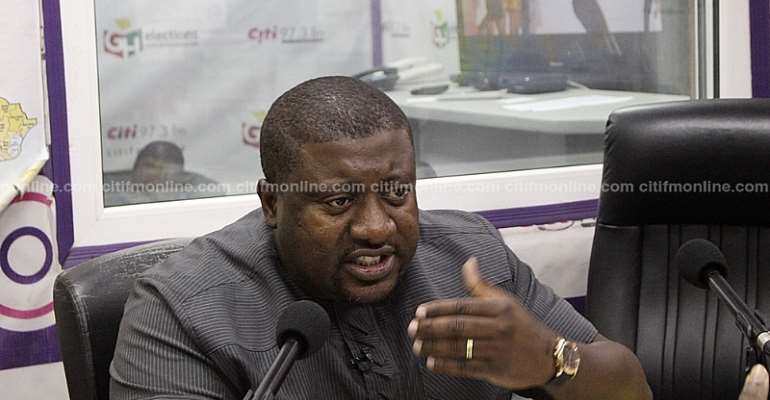 While speaking during one of his interactive digital conversations on Sunday, June 7, 2020, dubbed 'Let's talk with JM', Mr. Mahama said his government won't cancel the allowances should he be elected as President in the upcoming elections.

“You know that it was a very critical issue in the run-up to the 2016 elections. What I had said was we were going to migrate the health trainees and educational trainees to the student loan scheme. Now what I have said going up to the 2020 elections is that we are going to let the status quo remain. It means that we are going to continue paying trainee allowances, but we will improve the student loan and adapt it so that it serves the same purpose as the allowances.”

Nana B in a press statement on Wednesday, June 10, 2020, said, Mahama’s U-turn on the issue shows smacks of deception.

“Former President Mahama in recent media interactions is reported to have said that he will sustain the payment of allowances to trainee teachers and nurses in the unlikely event that he becomes President in 2021.”

“In as much as we find the sudden U-turn by Mr. Mahama on this important national issue curious, it brings closure to the political debate on the matter and vindicates the decision by the Akufo-Addo-led NPP government to restore teacher and nursing trainee allowances.”

The issue of allowances for trainees was a major campaign issue prior to the 2016 general elections.

The then NDC government in 2014 scrapped allowances of trainee teachers and nurses despite intense pressure on the government to rescind such decision.

Mahama at the time insisted that the decision allowed his government to expand various health and educational infrastructure in the country as well as remove the restrictions on admissions to the various training institutions.

The NPP government , however, restored the allowances after winning the 2016 polls.

Below is the full statement from Nana B

MAHAMA’S SUDDEN U-TURN ON TRAINEES ALLOWANCE SMACKS OF DECEPTION AND CONFUSION; THE YOUTH CAN NEVER BE HOODWINKED

Former President Mahama in recent media interactions is reported to have said that he will sustain the payment of allowances to trainee teachers and nurses in the unlikely event that he becomes President in 2021.

In as much as we find the sudden u-turn by Mr. Mahama on this important national issue curious, it brings closure to the political debate on the matter and vindicates the decision by the Akufo Addo led NPP government to restore teacher and nursing trainee allowances.

However, the Youth of this country cannot forget the intransigence of the erstwhile Mahama administration on this matter and the sheer callousness that characterised the NDC’s decision to cancel the trainee allowances.

At the time ‘Dumsor-Dumsor’ was killing local businesses with Ghanaians reeling under the many terrible economic decisions of the NDC government, John Mahama decided to cancel the allowances which hitherto eased the burden on teacher and nursing trainees.

Not even the chargrin and cries of these frustrated trainees could make the Mahama regime reconsider that terrible decision.

Indeed, in the face of mounting agitations on the matter, then President Mahama called the bluff of everyone and in blazing arrogance, told the Ghanaian people publicly that “I will never restore the allowances to trainees even if it will cost me the elections. We’ll not reverse the decision”.

The General Secretary of the NDC, Johnson Asiedu Nketiah is on record to have said that “there is no sense in paying teacher trainee allowance”. Now, what has changed? Has the NDC, per the logic of Asiedu Nketiah, lost their senses to want to allow the status quo to remain?

Obviously, it has taken the excruciating and humiliating defeat the NDC suffered in the 2016 elections for sound judgment to prevail on this matter and for John Mahama to reconsider the notorious decision he took on teacher and nursing trainee allowances as President of the Republic.

The National Youth Wing of the NPP would want to remind Former President Mahama, that the Ghanaian people are very conscious of the antics and schemes the NDC is employing in their hunger for power. Never again would the youth of our country be hoodwinked by empty, lofty and desperate assurances of a group of people whose main aim is to win political power and preside over the wanton dissipation of our country’s resources.

The NPP government under the sterling leadership of H.E. Nana Addo Dankwa Akufo-Addo has remained trustworthy, candid and faithful to trainee teachers and nurses, through and through.

Since the restoration of the trainee allowances in September 2017, about 200,000 trainees have benefited from the life-saving monthly stipends.

Between September 2017 and January 2020, at least, a whopping Ghc1 billion has been paid to trainee nurses and teachers in the form of allowance.

Whereas Mr. Mahama, in his days as Vice President and President, prioritized investment in dubious and corrupt schemes, President Akufo-Addo on the other hand, has invested wisely and massively in educating the youth for a prosperous future.

Trainee teachers and nurses are well aware of John Mahama’s record in government and would vote wisely for President Akufo-Addo in the impending general elections to protect their allowances.