Bernard Mornah: The Man Who Gave Away PNC To NDC On A Silver Platter 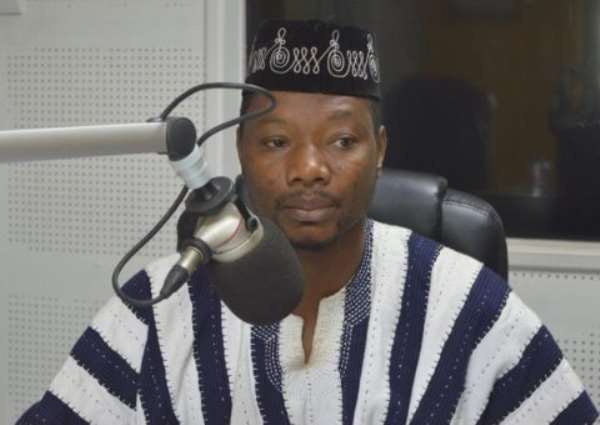 If you should ask me who a traitor is, I will ask you to go and look at the face of Bernard Mornah, the chairman of the PNC, and see a traitor. I saw the treachery in Bernard Mornah long ago in the run-up to the 2000 general election when he used to contribute during newspaper review programmes on some television stations. He subtly moved in sympathy with the NDC while he pretended to speak for the PNC.

If even Bernard Mornah is fifty years old, he was born too late to see the reason why the late President of Ghana, Dr. Hilla Limann, in the run-up to the 1992 general election chose to found the PNC. In fact, he was barely nine years old when Limann passed through the mill to found the PNC. Before Dr. Limann took over power from the AFRC, the junta had recklessly sold almost everything in our shops, supermarkets and the streets in the name of 'control price'. The scarce commodity in the country then was fuel. The situation became so serious that drivers had to sleep at filling stations for days before they could get a gallon of petrol to buy.

For the three months that the junta held the country at ransom, they never imported a single gallon of fuel into the country as they sold away the little that remained when they took over power. Rawlings and his soldiers handed over power to the good old man and left behind a shattered and bruised economy. Dr. Limann and his capable men and women hit the road running, and in a matter of six months, the regime introduced what was known as the trade liberalisation policy. This policy led to the issuance of letters of credit to businessmen and women to import essential commodities to the country. The market became flooded with these commodities, and Ghanaians began to smile again.

The then Minister in charge of Fuel & Energy, the late Prof. George Benneh, worked beyond human endurance to make sure fuel became abundant in the country and the suffering of motorists was assuaged. To boost foreign trade which virtually became standstill during the misrule of the junta, the Limann administration imported four brand new cargo vessels from South Korea to add up to the sixteen ships left behind by Osagyefo Dr. Kwame Nkrumah. Life became normal and Ghanaians became very grateful to the government of Dr. Hilla Limann. In fact, life was fine; very fine!

Then Rawlings came again, and before we could blink an eye, the apple cart was turned upside down. When the ban on party politics was lifted, Dr. Hilla Limann expected the Nkrumahist to rally around him to fight for political power, but a few hawks in the Nkrumahists fraternity snubbed him. It is noteworthy to mention here that when Dr. Limann was overthrown, the Rawlings junta levelled several charges against him but the sad aspect of this action was that Limann was never put before any court of competent jurisdiction.

The poor man who never built a house of his own lived in a three-bedroom low-cost house at Nungua till he died a pauper. What is painful is that Limann was never paid any end-of-service benefit neither was he ever recognised as a former head of state of Ghana. When the Nkrumahist fraternity denied Limann the opportunity to lead the CPP, Dr. Limann, out of frustration, founded the PNC which is being led by this traitor called Bernard Mornah. When the campaign of the 1992 electioneering campaign started, the PNC with Dr. Limann as the presidential candidate could not make any inroads across the country simply because the party was under resourced. Dr. Limann had only one old red coloured pick-up which used to break down often.

The man abandoned the campaign half-way and returned to Nungua. At a point in time when Rawlings was in power, Madam Fulera Limann, the amiable wife of Dr. Limann, told the world that the family was so poor that sometimes she had to move to the Zongos to beg for corn dough to prepare 'tuo zaafi' for the family. When Limann fell sick, he could not get money to travel abroad to seek for medical treatment since the Rawlings regime treated him unfairly. Before Limann died, he wrote in his will that the state should not give him any state burial. When he eventually died, his corpse was driven in a rickety vehicle all the way from Accra to Gwolu, his hometown where he was buried. It took former President Agyekum Kufuor to campaign, and when he was told of the sorry state of the former president's tomb, he ordered that a befitting tomb should be built to honour the good old man.

I am recounting this scenario to draw the attention of Bernard Mornah that he is very ungrateful to the late Dr. Hilla Limann. I wonder what Dr. Limann is doing in his grave at Gwolu anytime his ghost sees Mornah in bed with the party that treated him so badly. Today, Bernard Monnah is swimming with power and glory thanks to John Mahama's NDC which is literally 'pouring' sugar in his gari. When Mornah was invited by the police CID for making certain comments which could breach the relatively peace that we are enjoying in the country, we all saw the leadership of the NDC led by their National Chairman, 'Elder' Ofoso Ampofo, following him to the place. I did not see any PNC elder or supporters doing same. Probably they have all come to see Bernard Mornah as a man who has betrayed their cause.

Politically, Bernard Mornah has dug his own grave and he will surely fall in it. He will end up like Hassan Ayariga ('Ayari cough') who was used by the NDC and later ditched and treated like dirt. And did I hear that Bernard Mornah is abandoning his chairmanship position to contest as a parliamentary candidate of the PNC in his constituency in the Upper West Region? It is going to be a disaster. The NDC is pushing him gradually to his battleground of doom. He will surely lose. And when he loses, it will then occur to him that when you ride on the back of a tiger, you eventually end up in its mouth. Mark my words! After all, what am I Angel Gabriel for?

No government has mortgaged the future of the youth than NPP...
21 minutes ago