Religion And Contempt For Humanity 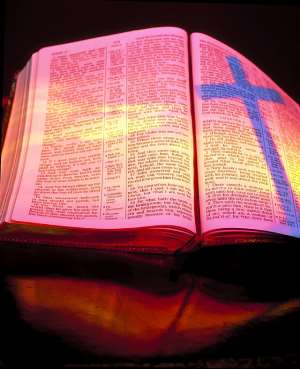 While there has been so much emphasis on how religion is a resource for human nourishment and enrichment, there has been limited conversation on the harmful and deleterious effect of religion on human beings. Religion has notedly inspired acts of love, kindness, compassion, and fellow feeling. Religion has motivated people to do so much good and render selfless services to other humans. At the same time, religion has been a force of unimaginable evil and harm.

Faith in God(Allah) has compelled human beings to abuse, kill, kidnap, pillage, and destroy fellow humans. Simply put, religion has inspired acts of bloodletting, cruelty, wickedness, and savagery. As could be seen in the case of Mubarak Bala, religion could cause humans to lose their sense of sanity, decency, and humanity.

Otherwise, how does one explain the outrageous predicament and punitive treatment of Mubarak Bala? He has been detained incommunicado without access to a lawyer for over a month by the police in Nigeria at the behest of Islamists in Kano. How does one make sense of the campaign by Muslim fanatics to silence and humiliate him for making a Facebook post that was critical of the prophet of Islam? What made contempt of religion as parochially defined to overshadow and overwhelm the sense of humanity in these Muslims?

Look, religion is a human phenomenon. All religions including Islam are human creations. All Gods including Allah and thousands of others that humans have worshipped over the ages are products of human imaginations. The idea of prophecy and prophethood, of sacredness, and desecration is human. The notion of an afterlife in paradise is a human invention, and a human projection.

Religious beliefs and practices are part of the devices and mechanisms that humans have used to make sense of life, nature, and existence. However, as the case of Mubarak Bala has amply illustrated, human beings sometimes take their religious beliefs too far to the point that religion becomes a force against humanity. Religion becomes a propeller of evil and wickedness. Religious faith is deployed to negate life, destroy nature, and undermine dignified existence.

This is the unfolding tragedy in Kano and in many parts of the Muslim world where human beings are killed at the slightest provocation, and human degradation is a manifestation of Islamic piety. Religion in this case Islam has succeeded in elevating representations of Allah, the prophet, the Quran- in the minds of many Muslims to the status of nihilizing mechanisms, and weapons to destroy this life and this world, this thing and everything. Put differently, human beings have done Islam. Islam is now undoing human beings.

Islam has caused Muslims to value impressions and images more than real human beings. It has occasioned a disconnect from reality and yes from humanity.

This nihilist and anti human tendency predisposes many young Muslims to fanaticism and radical ideologies. It has made a Facebook post that should have been ignored a death sentence, a mandate to torture and torment an innocent human being, a provocation that has occasioned a meltdown and an eclipse of human decency and decorum.

Islam's contempt for humanity is evident in so many instances of bloodletting that have plagued Nigeria and the world. The religion's disdain for the human is obvious in the arrest and persecution of Mubarak Bala, in his detention without a formal charge or access to a lawyer, in the alibi for holding him incommunicado, in the jubilant mood and triumphant declarations of petitioners and their base following his arrest, in the deafening silence of the Islamic establishment and the Nigerian authorities.

Nigerian Muslims should recuse themselves from this form of Islam that is contemptuous of humanity because it is essentially Boko Haramic.