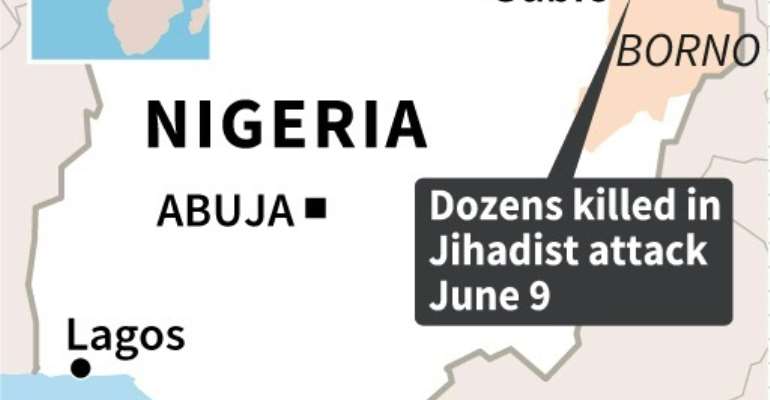 Fighters from an IS-linked jihadist group on Tuesday killed 59 people in a raid on a herding village in northeast Nigeria's Borno state, local militia members and residents told AFP.

Fighters from the Islamic State West Africa Province (ISWAP) drove into remote Felo village in Gubio district in the early afternoon, shooting fleeing residents and running them over with their vehicles.

"Fifty-nine bodies were recovered from the raid on the village," anti-jihadist militia leader Babakura Kolo said.

"Some of them were shot and others were crushed under the wheels," he added.

The attack is believed to be a reprisal for the killing of jihadist fighters by local vigilantes protecting the villagers' herd from theft by the militants, a local leader in the village said.

"We have lost 59 kinsmen in such a short time," said the local leader who asked not to be named for his personal safety.

The jihadists have been stealing livestock from the village, prompting residents to form a militia force to end the theft, said another militiaman Ibrahim Liman, who gave the same toll.

The vigilantes have been "hunting for the insurgents" in the bushes, killing some of them in gunfights, Liman said.

Gubio, 80 kilometres (50 miles) from the regional capital Maiduguri, has been repeatedly targeted by the jihadists.

The incessant attacks prompted the authorities to send more than 100 vigilantes and local hunters to protect the town and nearby areas against incursions from ISWAP.

It has intensified attacks against the military in the last two years, repeatedly carrying out deadly strikes against soldiers.

The decade-long conflict has killed 36,000 people and displaced around two million from their homes in the northeast.