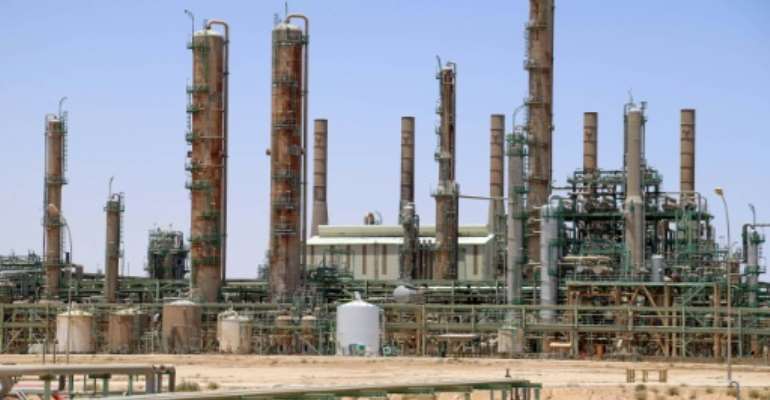 Forces of Libya strongman Khalifa Haftar are slowing down an advance by rival fighters of the UN-recognised government on the city of Sirte, which is a gateway to the country's major oil fields. By - (AFP)

Government of National Accord (GNA) forces, which have regained control of the whole of northwest Libya since the weekend, came under attack with air strikes and heavy artillery, the sources said.

But General Ibrahim Baytalmal, commander of the drive which made rapid progress on Saturday toward the coastal city, 450 kilometres (280 miles) east of the capital, insisted the target was well within reach.

"We are just a few kilometres from Sirte," the general said late Monday on the GNA's Facebook page. "It's liberation is only a matter of time, but we hope we can save its people from the horrors of war."

The Mediterranean coastal city -- home of former dictator Moamer Kadhafi who was ousted and killed in a 2011 NATO-backed uprising -- is also a gateway to the country's major oil fields in the east, still held by pro-Haftar forces.

The Turkish-backed GNA has in past weeks retaken all remaining outposts of western Libya from pro-Haftar loyalists, who had sought to capture Tripoli in a 14-month offensive.

After resumption of oil production over the weekend at two of Libya's largest oil fields, which had been shut down for months, an armed group from the south allied with Haftar stormed the Al-Sharara field on Monday, forcing its closure, the National Oil Corporation said.

The assailants "stormed the Sharara oilfield and pulled their guns on civilian unarmed workers, coercing them to stop production... only three days after production was resumed", the NOC said.

It declared "force majeure" on crude exports from Al-Sharara.

Force majeure is a legal measure firms declare when they are unable to meet contractual obligations due to extenuating circumstances such as armed conflict or natural disasters.

The pro-Haftar camp had kept the field closed since January to use as a bargaining chip in negotiations with the GNA.

Haftar's forces seized Al-Sharara during an offensive early last year in which they seized much of the country's south followed by the push on the capital.

Libya, which has Africa's richest proven crude reserves and relies on oil exports for almost all of state revenues, plunged into years of violence with the toppling and killing of longtime dictator Kadhafi.

The country's oil fields, pipelines and terminals have frequently been damaged in fighting.

Election 2020: Only Uniform Personnel Will Be Deployed – Gha...
21 minutes ago