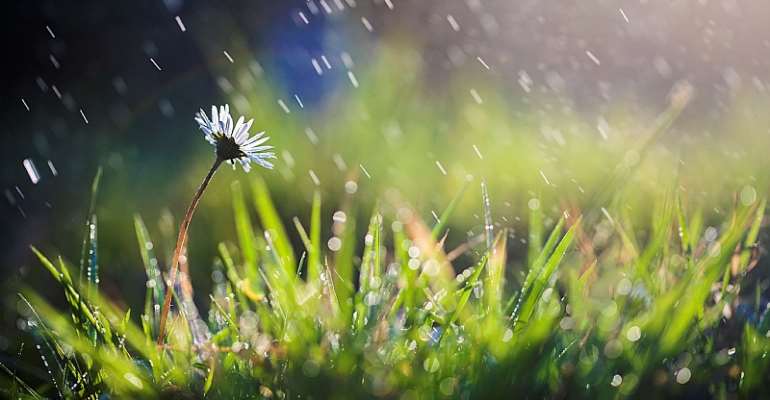 South Africa has distinct summer and winter rainfall zones . Cape Town experiences cold, wet winters, while the interior of the country is very dry during May-August.

The same is true in Australia. Regions in the southwest, western south east Australia, and western Tasmania are similar to Cape Town with winter rainfall, while the northern part of the country has summer rainfall. These patterns determine the vegetation of each region and have impacts on economic sectors including tourism, energy production and agriculture.

Which season an area receives most of its rainfall in is determined by very large-scale climate systems. In large parts of the Southern Hemisphere, the dominant force behind winter rainfall is the Westerly wind system. This system affects the climate in the southern part of the southern hemisphere. The specific area affected varies over time, as it's tightly connected with other climate systems and affected by the extent of ice in Antarctica.

The Westerly wind system is shifting under climate change, and has been argued to be responsible for the Cape Town drought and drought in southwest Australia . Across the southern Hemisphere, there is consensus that the Westerly wind system has migrated further equatorward, and back, within the last 20,000 years . The exact position of the winter rainfall zone would vary considerably depending on the location of this system.

Understanding these changes helps us to determine how much these westerly-related climate systems might change under climate change.

What Australian pollen told us

The local vegetation adapts to climate changes. By examining their relative proportions in old sediments, we can infer past changes in rainfall seasons.

This is done by separating the pollen from the sediments and then identifying the different species present. Each sediment sample, which also contains pollen, is dated. This means if there's any change in the relative proportions of the species, we can tell when this change happened. This is something that has been done in South Africa since the mid-1960s .

Understanding rainfall patterns is important because the past magnitude of fluctuations in strength and extent of the Westerly wind system informs projections for the impact of climate warming.

Our research aimed to determine whether this South African approach could be used elsewhere. We applied it to an existing database of Australian pollen samples.

Having access to such a large database, we decided to calculate this ratio for all samples going back to the height of the last ice age, some 35,000 years ago. There have been great changes in climate during this time, which should be reflected in the ratio, if it is successful in reproducing known contemporary rainfall zone boundaries, and can therefore provide information on the rainfall seasonality of a given location at a specific point in the past.

This means that the South African ratio can be used on Australian records to infer rainfall seasonality in the past. Which is valuable to other researchers in Australia, not only as a new approach to inferring seasonality from pollen records, but also as independent support of their own studies and conclusions.

This allows for rainfall seasonality to be reconstructed, when previously studies would only reconstruct total moisture availability and temperature. It provides a more holistic understanding of past climates, and a better framework to understand past environments.

Our results also highlighted several periods when the westerlies appear to have either weakened or moved further south, supporting conclusions from previous studies in South Africa and South America. This is important because the westerlies are a hemispheric scale climate system, and corroborating evidence across the three continents allows for a more detailed understanding of the dynamics of the westerly system and associated climatic changes. This helps us to understand likely future shifts in the distribution of winter rainfall under climate change.

With this approach having been proved to work outside South Africa, the next step is to apply it to South American pollen records. This will give us a more complete picture of climatic changes across the Southern Hemisphere as a whole during the late Quaternary.

Jennifer Fitchett receives funding from the DSI-NRF Centre of Excellence for Palaeoscience.

By Annika Herbert, Postdoctoral Researcher in palaeoclimatology, University of the Witwatersrand And