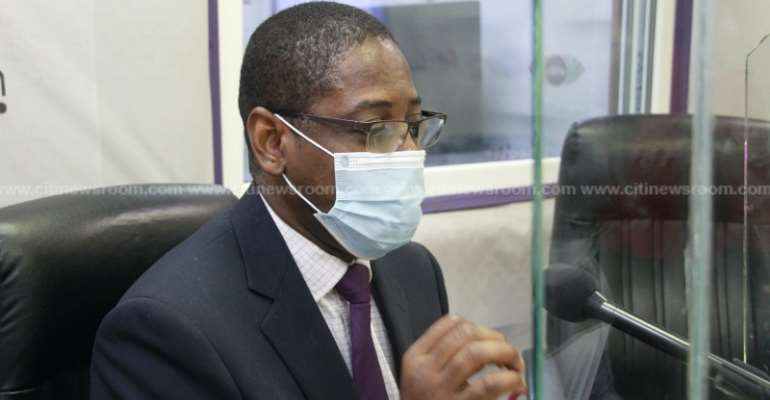 The Securities and Exchange Commission (SEC) says it will in the coming days restore the licenses of some fund management companies whose licenses were revoked in 2019.

This was disclosed by the Chief Executive Officer of the Securities and Exchange Commission, Rev. Daniel Ogbamey Tetteh today, Tuesday on the Citi Breakfast Show.

He told host of the Citi Breakfast Show, Bernard Avle that eight some of the firms appealed to its Administrative Hearing Committee and some of them have been successful, hence the decision to restore their licenses.

“There were eight firms that appealed and this was soon after the revocation. They appealed against the revocation. So, the administrative hearings committee, which excludes myself and the executives have within this period also been meeting the various firms and hearing their cases. And I can confirm that they have recently completed hearing these cases and some of them were successful, others were not. If you are successful, it means that, your appeal to have the revocation lifted has been successful,” he said.

With regards to the firms who went to court, Rev. Ogbamey Tetteh said such cases are at various stages.

“There were four companies that went directly to court to ask for a judicial review for them regarding the revocation decision. It hasn't been fully determined. They are at various stages,” he added.

The SEC CEO explained that there is a provision in the Securities Industries Act for anyone who has an issue to do with any decision of the commission or any issue within the industry to make an appeal to the Administrative Hearing Committee of SEC or the courts.

Those who went to court include APEX Capital, Ideal Finance, Omega Capital and First Bank.

The Securities and Exchange Commission (SEC) in November 2019 also revoked the licenses of 53 Fund Management Companies.

SEC, in a statement explained that the revocation follows the companies' failure to “return client funds which remain locked up and in a number of cases, have even folded up their operations.”

The action was taken pursuant to Section 122 (2) (b) of the Securities Industry Act, 2019 (Act 929) which authorizes SEC to revoke the license of a market operator under some circumstances.

Included in the list of the defunct companies was Black Shield Fund Management, a subsidiary of Groupe Nduom.

SEC selected branches of Consolidated Bank of Ghana Limited (CBG) to receive claims from clients who have their funds locked up at the affected companies.

According to SEC, the said branches serving as agents were authorized “to ascertain and validate details of investors and their investments with these institutions at the time of the revocation to facilitate the administration of the Government pay-out of a capped amount to affected investors.”