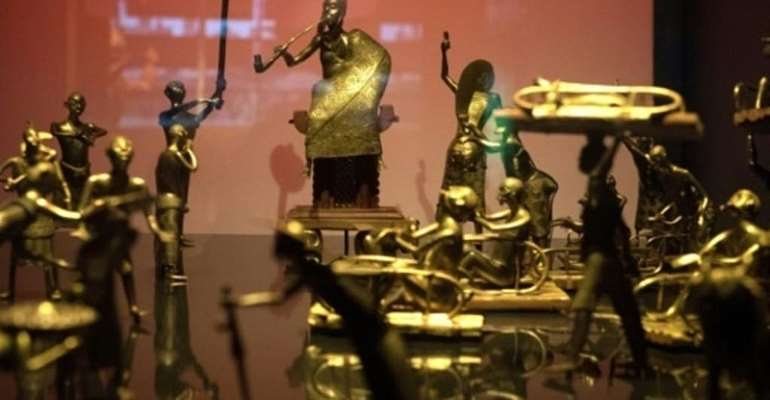 More French museums and galleries are reopening this week, after the lockdown put in place to curb the spread of the coronavirus. One of them is the Musée du Quai Branly - Jacques Chirac, which will welcome visitors on Tuesday.

French cultural institutions have been re-opening after a lockdown put in place since 17 March to stop the spread of the coronavirus, but the process is gradual, staggered over the month of June and July.

Small museums and cultural sites have been allowed to reopen since the 11 May, with strict hygiene policies in place and social distancing.

Now the bigger museums and monuments are following suit, and one of the first large museums to re-open in Paris is the Musée du Quai Branly - Jacques Chirac, containing works from four continents.

Quai Branly-Jacques Chirac is the fourth museum behind the Louvre, the Pompidou and Musée d'Orsay in terms of annual visits – it recorded 1.2 million in 2019.

The 3,500 works in the museum's permanent collection, coming from Africa, Oceania, the Americas and Asia will be again on display, as well as temporary exhibitions that were suspended during lockdown and guests can stroll once again through the garden.

Visitors will be expected to wear a mask and reserve their tickets online, as the number of entries will be limited per day.

Contemporary art for first time
Ticket prices have been dropped to 9 euros instead of 12.

From the 30 June, the museum will feature a new programme with the opening of Who is gazing? until 1 November. This installation features contemporary visual arts and multimedia by 26 artists from 18 countries.

The exhibition Les Olmecs and the cultures of the gulf of Mexico, which was originally scheduled for 19 May to 15 November has been postponed until 13 october 2020 – 3 October 2021.

The re-opening on the 9 June is also a key moment for the new president of the museum, Emmanuel Kasahérou, a Kanak from New Caledonia.

In charge of the scientific coordination of the collections since 2014, he was nominated as new president on 27 May.