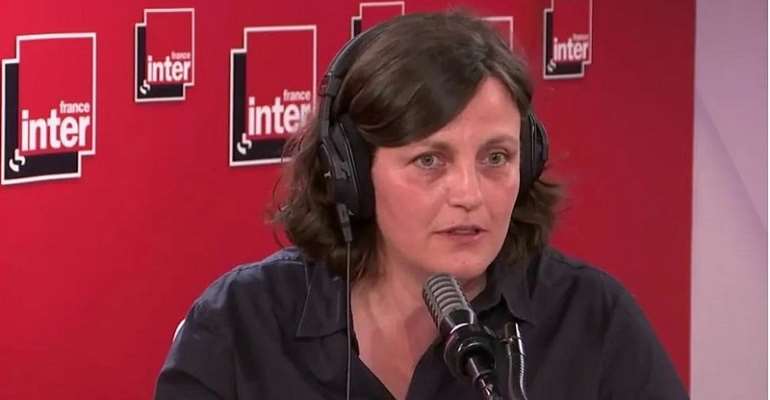 The 46th edition of the Prix du Livre Inter book prize has been awarded to French author Anne Pauly pour her first novel "Avant que j'oublie", her way of mourning the illness and death of her father.

A few years ago, Anne Pauly was working as an assistant for a magazine and decided she wanted to write for herself, something she'd always loved doing as a child, but didn't know where and how to begin.

To enroll in a Master of creative writing at Paris University 8, she had to submit a piece of writing, and the pages she sent in were the blueprint of Avant que j'oublie (Before I forget), published by Editions Verdier.

It took her four years to finish the manuscript, in which she explores all the facets of her father's life, from scenes of domestic violence and alcoholism, to her ambivalent feelings towards a complex man.

Humour as a way of coping
These memories rise to the surface the day of her father's funeral, the focal point of the novel. She said it was important to find funny moments, in order to work through her pain of loss.

"Mourning is terrible," she told Le Monde, "it's so terrible that we are obliged to laugh to get through it."

It was also her way of rendering homage to a man she felt had been treated with a certain amount of disdain during his life.

Due to the Covid-19 crisis, the jury of the Prix du Livre Inter, was not able to meet in person at the Maison de la Radio in Paris to discuss the entries, so they debated the entries over two days via video conference.

After three rounds of voting, the jury rendered their verdict on Monday; 17 votes in favour of Pauly's Avant que j'oublie.

Members of the jury from the public
Made up of 24 members of the public, often regular France Inter radio listeners, changes each year, to guarantee its independence.

The jury of 12 women and 12 men is presided over by an established author – in this case, Philippe Lançon.

His latest book, Le lambeau (Gallimard, 2018) which won several awards, tells his perspective of the terrorist attack against the writers at Charlie Hebdo in 2015 and how he has come to terms with the tragic event.

Founded by Paul-Louis Mignon in 1975, the Livre Inter prize has become a prestigious platform for launching the careers of budding French authors.