No Shred Of Truth In NDC’s Allegations Against BOST; They Launched A Corrupt Corruption Tracker – Nana Damoah 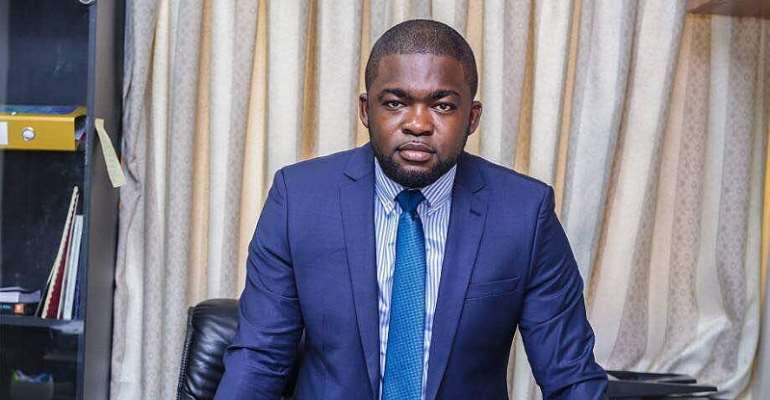 The 'guns' at the Energy Ministry have hit back at the opposition National Democratic Congress (NDC) over some claims it made against the Bulk Oil Storage and Transportation Company (BOST).

While launching its Corruption Tracker Series in Accra on Monday, June 8, 2020, the NDC accused President Akufo-Addo of creating an enabling environment for corruption to thrive in his government.

National Communication Officer of the NDC, Mr. Sammy Gyamfi, at the launch, zoomed in on the BOST scandal which occurred in 2017.

“On the 18th of January 2017, five (5) million litres of fuel was contaminated at the premises of the state-owned Bulk Oil Storage and Transportation Company (BOST) by the mixture of diesel and petrol, and sold to unlicensed companies namely, Movenpina and Zup Oil under dubious circumstances.”

“At all times material to this transaction, Movenpinaa Energy and Zup oil had not been licensed by the NPA to trade in petroleum products in the downstream petroleum sector of Ghana. The sale of the contaminated fuel to these unlicensed companies therefore breached sections 11 and 32 of the NPA Act (ACT 691) of 2005, hence unlawful. Again, the transaction did not go through any tender process in breach of Sections 16(2) (c), 40(1), 35, 83 and 84 of the Public Procurement Act (Act 663) of 2003.”

Sammy Gyamfi noted that, in spite of these, President Akufo-Addo mounted a robust defence for BOST and its previous Managing Director.

“This was after the BNI and NPA had attempted to cover up the scandal by railroading the work of the committee that had been set up by the then Minister for Energy, Boakye Agyarko to investigate the matter,” Sammy Gyamfi said.

collusion and cover-up of epic proportions. The fact that till date, no one is standing prosecution for this pungent corruption scandal which has caused the nation huge financial losses, bears Akufo-Addo out as the biggest enabler and promoter of corruption,” he added.

But according to Nana Damoah, Head of Communications at the Energy Ministry, the issues raised by the NDC are not factual.

He in an interview with citinewsroom.com accused the NDC of telling lies about the amount of fuel that the BOST sold out in 2017.

“They made allegations that Movenpina was unlicensed, indeed it should bring your mind to that fact that in 2015 and 2016, the NDC government, then in power, using BOST sold contaminated fuel to 38 companies and individuals all of whom were unlicensed,” he added.

On allegations that BOST breached the NPA Act by selling contaminated fuel without going through the laid down procedures, Mr. Damoah argued that the NDC also did the same thing when it was in power.

“There is no licensing category for the selling of contaminated products. If you sold products to 38 unlicensed companies and then you come out to say that the use of the same methodology by one company is criminal then the 38 that you did, what does that make you? It is also important to note that the contamination of this particular fuel happened on the 18th of January 2017 which was before any person was appointed by this government to take over operations at BOST so the contamination occurred before we came into office. But when we came into office and were made aware of the contamination, we enquired of the existing procedure and we were told of how they dispose of contaminated fuel and we did same.”

“Ghanaians do not have a short memory. How do you say that the procedure that was established by you is criminal, but you are not a criminal? If you say that the selling of contaminated fuel to one company is a crime of gargantuan proportion, you did same to 38 companies and so what does that make you?” Nana Damoah questioned.

On the raising of the BOST margin from three pesewas to six pesewas, Mr Damoah said that “all consultational processes,” were followed before the margin was raised.