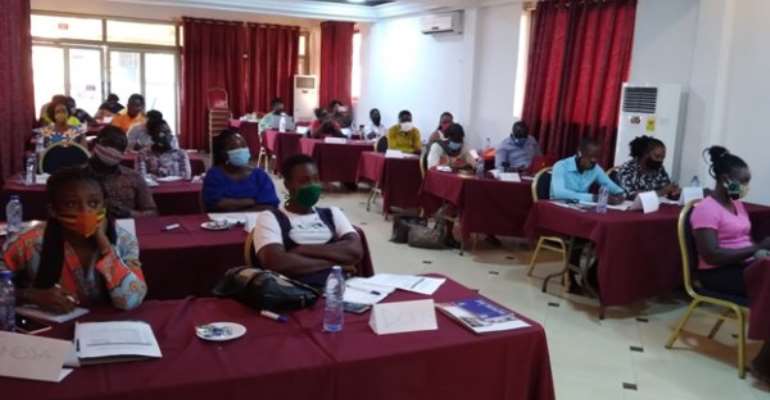 The departure from the days when a child could be corrected by an elder in a community, has been identified as one of the factors driving moral decadence among Ghanaian youth.

Stakeholders who attended a two-day capacity building workshop on the implementation of an adolescent girl's reproductive health project believe the paradigm shift in training of children, where only their parents have authority to correct them is fueling child delinquency in society.

They are therefore advocating for legislation to create an environment that promotes neighborliness in the interest of proper child upbringing.

The workshop organized by the Alliance for Reproductive Health Rights (ARHR) was to build the capacity of participants on the effective implementation of the project as key actors.

It was attended by community-based organizations, health workers, media, and other non-state actors drawn from the project implementing districts.

Funded by the United Nations Population Fund (UNFPA) and the Canadian Government, the project is being implemented in five regions.

The goal is to improve access to information on reproductive health and gender-responsive health services for out-of-school girls between 10-19 years in the beneficiary districts.

During a discussion on issues adversely affecting the development of adolescent girls, the participants said the upbringing of children must not be the sole responsibility of parents.

They argued that most adolescents engaged in activities likely to lead them into early sex at the blind side of their parents but people were afraid to reprimand them.

Raising children to become good adults, according to them, was a collective responsibility of all stakeholders and underlined the need for community members especially elders to have the legal backing to reprimand wayward children when necessary.

She said the fight against sexual abuse targeting adolescent girls must not be business as usual and called for deliberate effort from stakeholders to bring perpetrators to book.

“If we want to protect our young girls from abuse at the community level and secure a better future for them, then we must all learn to be activists”, she advised.