Ghana is considering a new law to govern universities. Why it's a bad idea

By Kwadwo Appiagyei-Atua - The Conversation 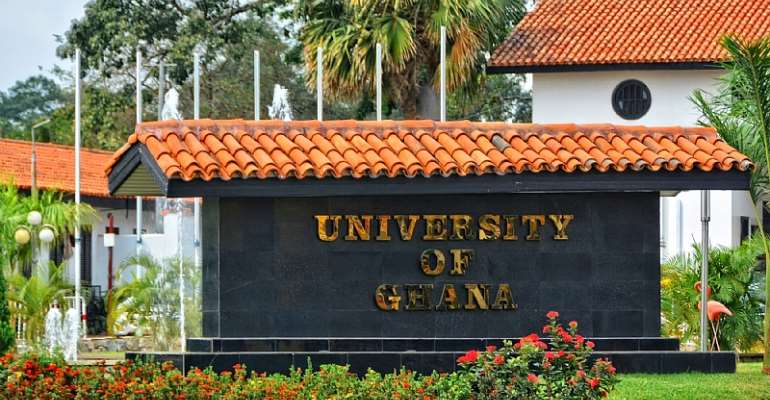 The University of Ghana is considered one of the leading centers of learning in West Africa - Source:

Academic freedom is supposed to enable academics to conduct scientific enquiry and produce knowledge to be used for the public good. Academics need it so that they can meet their obligation to society. And the state has a corresponding duty to respect this freedom and protect it from abuse.

Academic freedom in Ghana started well with the establishment of the University of Ghana in 1948. Special measures were put in place to insulate the academic staff from governmental interference.

This trend was continued into independence. But it began to deteriorate when respect for liberal democracy, embodied in Ghana's Independence Constitution , started to wane simultaneously as the country morphed into a one-party state and later into military rule.

In 1992, Ghana passed the Fourth Republican Constitution , which explicitly recognises “academic freedom”. This makes Ghana one of only 14 African countries to do so. The constitution bars the president from taking the position of chancellor of any public university. It also gives universities the power to set up their own governing councils.

But the constitution also grants the president the power to appoint a national council for tertiary education to coordinate the functioning of the public universities.

The current government is attempting to circumvent a key aspect of these constitutional provisions meant to promote and protect academic freedom in its attempt to overhaul the running of the universities with a new Public University Bill .

A memorandum accompanying the bill states, in part, that it is designed to curb “grave improprieties in the utilisation of resources” in public universities.

The bill also whittles down the composition of the councils from about 21, depending on the university, to 13. The majority – eight – would be appointed by the president.

Consequently, all three principal officers of a public university will be beholden to the president.

The president will also have the power to dissolve a university council if he deems there's an emergency on the campus. The president can replace it with an interim council of his choice.

The universities' freedom to control their own admission processes is to be replaced by a centralised application board.

These and many other provisions of the bill intrude into the university's autonomous space.

These attempts by the government to control public universities are unjustified – not only in law but also in fact.

The country has laws that are strong enough to control financial management in the universities. And the ministers of education, finance and others have roles to play in ensuring compliance.

The solution does not lie in making a new law which seeks to control university governance through the back door.

The bill will create more problems than it seeks to solve. For example, it will mean that the minister of education will have to approve applications for grants and even the purchase of equipment to furnish a lecture theatre.

The respected Ghana Academy of Arts and Sciences, in its memorandum to parliament, noted that among the effects of the draft bill will be:

It concluded that “the proposed draft Ghana universities bill is unnecessary” and should not be allowed to pass.

The University Teachers Association of Ghana , on its part, noted in its memorandum that it opposes

“the enactment of a harmonised act and statutes to regulate all public universities under one platform”.

In its opinion, the bill sins against fundamental provisions of the Fourth Republican Constitution and if passed in its present form, it will not hesitate to institute legal proceedings to challenge them before the Supreme Court.

The government has already shown itself to have little regard for academic freedom. Recently, its brusque interference in an impasse at a public university led to the dismissal of a vice-chancellor and dissolution of the school's governing council. It also tried to control the conversion of polytechnics into technical universities by setting up a state education agency as the de facto governing council for the technical universities.

The bill also reflects tensions around perceived governmental interference in the removal from office of a vice-chancellor at the University of Education, and the appointment of a new one.

What will be lost

The Public University Bill, if allowed to pass, will take the country back to the 1960s. It will result in the loss of institutional autonomy, self-governance, collegiality, tenure and individual rights and freedoms of academics and students. This will in turn impact negatively on the congenial atmosphere required to promote creativity, innovation and competition on university campuses.

Ghana is considered a bastion of democracy in Africa. It has a large measure of respect for human rights and the rule of law compared with many other African countries. It democratic credentials will suffer great harm if the bill becomes law.

Kwadwo Appiagyei-Atua works for the University of Ghana. He receives funding from various sources for his research activities. He is affiliated with the Ghana Bar Association and Scholars at Risk Network.

By Kwadwo Appiagyei-Atua, Associate Professor of Law, University of Ghana