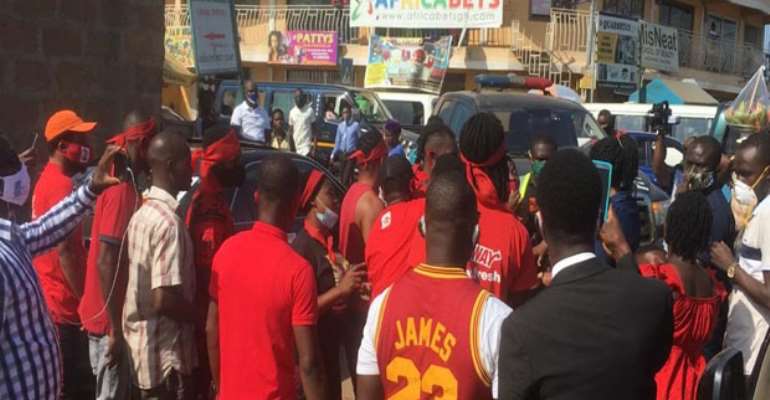 There is seeming tension at the Abeka District Court as family of the budding musician who was allegedly murdered by his landlord at Ofankor in Accra besieged the court.

The relatives and friends of the deceased, most of whom are wearing red and black attires are livid about the gruesome manner in which the deceased was murdered.

Some of them are carrying a banner with the inscription 'Justice For Benjamin Okyere' while others are wearing nose masks with the same inscription and a press picture of the deceased. 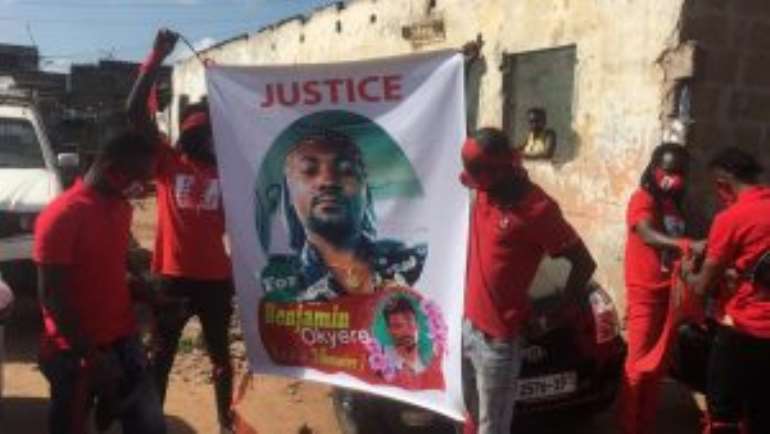 At the time of filing this story, the accused was still in the police van that brought him to court as the family and friends rushed on the vehicle just as it was about to enter the court premises.

The police had to make a u-turn to pack on the other side of the road to cool tensions.

The accused, Victor Stephen Nana Kankam is making his second appearance before the court today.

He was initially rushed to Anoeja Hospital at Tantra Hill and later taken to the Achimota Mile 7 Police Station, where a formal complaint was lodged.

The victim was then taken to the Police Hospital where he was pronounced dead.

While it is still not clear what triggered the deadly incident, there are rumours that the landlord killed the tenant over a woman.