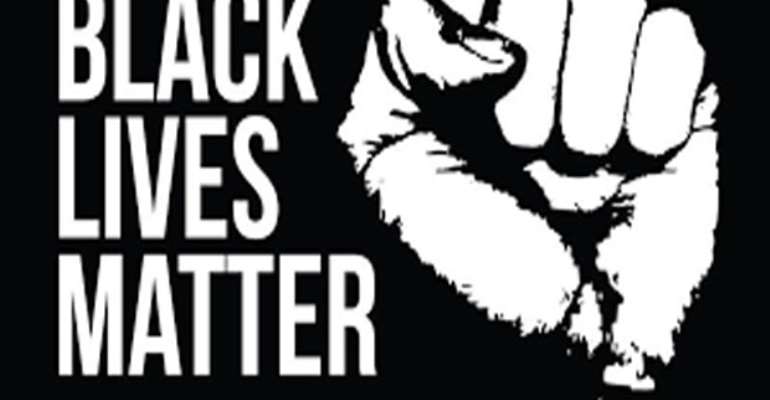 I usually do not discuss matters concerning others because I'm a strong believer in the 'dzi wo fie asem' principle propounded by late President Mills. I will, however, make an exception today and discuss issues in Obroniland because racism is a topic very dear to my heart. Indeed, I do have a personal experience to share.

During my two-year sojourn in Germany in the late 1990s, I had very unpleasant experiences because of my skin colour. An Austrian lady friend and I were exploring historical landmarks, cathedrals and concert halls at Augustusplatz, Leipzig's largest square, when two policemen approached us. After a series of “useless” questions, and despite a strong protest from my 'white' friend, I was dragged to the police station because my 'black face and body' fit the description of a drug baron they were looking for. But for the instrumentality of my Austrian friend, the nine hours I spent behind bars could have been months or years. There were other similar experiences I cannot recount here because of time and space.

When Barack Obama rose to become the president of the most powerful nation on Earth, many were those who thought racism had finally been killed and buried in the United States (US). Of course, Obama's ascension to the presidential throne was a sign that racism was gradually being relegated to the background. Latter events proved that it was naïve on the part of those who thought racism was dead and buried under Obama.

In 2012, Trayvon Martin was killed, not by a working police officer but by a civilian wanna-be. When Martin's killer was acquitted, outraged activists formed the Black Lives Matter movement, which has worked for change and has insisted that African Americans killed by police (or by those who take police powers on themselves) are not forgotten.

In Los Angeles, Ezell Ford, a man reportedly suffering from mental illness was shot dead by police in 2014 shortly after the police killing of Michael Brown in Ferguson, Mo. Jamar Clark was pinned to the ground by a knee to his chest in 2015 when a Minneapolis police officer shot him to death while Philando Castile was shot dead in his car in 2016 by a police officer in a suburban community outside Minneapolis. All these happened during Obama's reign.

Courtesy of Wyclef Jean, one name that easily comes to mind at the mention of police killing in America is Amadou Diallo. In the early morning of February 4, 1999, Diallo was standing near his building after returning from a meal when four police officers, all in plain clothes, driving by shot and killed him. The four officers fired 41 shots with semi-automatic weapons striking Diallo 19 times. The policemen later claimed that Diallo matched the general description of a serial rapist reported a year earlier. The investigation found no weapons on or near Diallo; what he had pulled out of his jacket was a wallet.

Though a jury in Albany acquitted the officers of all charges, Diallo’s parents filed a $61 million lawsuit in April 2000 against the city and the officers for gross negligence, wrongful death, racial profiling, and other violations of Diallo’s civil rights. In March 2004, they accepted a $3 million settlement, one of the largest in the City of New York.

It is worth noting that Kenneth Boss, one of Diallo's killers, had shot and killed another unarmed black man two years earlier. How such a police officer was allowed to continue carrying weapons, and subsequently helped in killing Diallo, tells one the value the US police places on black lives. After killing two blacks, and maybe many others unknown to the world, Boss was promoted to sergeant in 2015.

Other recent police killings include the killing of Dreasjon 'Sean' Reed by Indianapolis Police on May 6. On March 13, Louisville, Ky., police killed Breonna Taylor as she lay in her own bed. Taylor's killing recalls the horrific 2018 murder of Botham Jean in his own apartment by an off-duty officer whose gross negligence somehow led her to think she was encountering an intruder in her own home.

The most recent was the killing of George Floyd. Floyd's life was snuffed out on May 25 as a police officer pinned him on the street for nearly nine minutes, with a knee on the victim's neck as Floyd protested, “I can't breathe.” It brings to mind the killing of Eric Garner in 2014 whose only crime was selling cigarettes. “I can't breathe,” Garner repeatedly gasped while pinned by officers to the sidewalk, just like George Floyd six years later.

Abusuapanin, the manner of killing and the justifications offered vary, as do the consequences for the officers involved. But one common thread running through the many deadly incidents is that the victims are suspiciously black. Indeed, discrimination against blacks and people of colour is systemic in nature and would require a persistent and consistent agitation to put the issue on the front burner. It is the reason I support the agitations across US cities and across the globe.

Technology has afforded the world the opportunity to have a glimpse of the kind of brutality being unleashed on blacks by the US police. George Floyd's death has reignited the flame of pain which many had carried before joining their ancestors in Samanfoland. While we say 'Aluta continua', we must also condemn the violence and looting of shops. For it is a blot on such a very worthy cause.