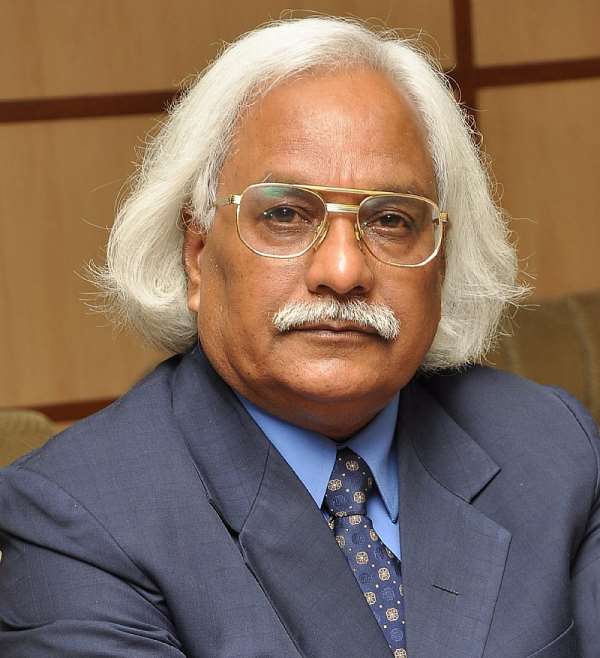 The ever expanding frontiers of Nano Science and Nano Technology are opening new horizons for scientific advancements and applications covering a vast canvas that cover almost all human and industrial activity, starting from new and smart Nano materials, Nano electronics and Nano Robots, Nanomedicines, Nano-diagnostics, Nanostructured composites, Nanosurface coatings, Nanoenergy generators, Nanoparticles for waste water treatment, Nanomachines and Nanomechanical devices all creating ever rising interest in Nano Science and Technology Education and Research. During the COVID times Nano Science is playing a highly important role in the discovery of vaccine and the nano science innovations are paving the way for Nano particle coated antimicrobial and Covid resistant masks, said eminent academician Prof PB Sharma while delivering his visionary address at the inauguration of the Webinar based International Conference on Nano Science and Technology being organised today by Amity University Gurugram.

Speaking at the online conference described the journey of nano science from its early days of the Science of thin film technology to the discovery of the Nobel Prize winning Carbon Nanotube in 1991 and rapid advances that followed thereafter. In India the interest in nano Science and Nanotechnology has been very well supported by India's Nano mission that has enabled India to rise to third top position in the world in Nano Science research publications in the world. Dr Vikram Kumar also lauded the initiative of Amity University taking an early lead by starting a masters program in Nano Science and Technology well ahead of other leading institutions and universities.

The conference has been organized by the eminent Nano Scientist and Director of the Centre of Nano Science and Technology at AUH Dr Atul Thakur. The three day conference is being attended by over 200 research scholars from all across India.

Describing Nano Science as the Science of God that requires integration of all sciences and an interdisciplinary approach for scaling its Spritual strength of Science and the might of technology, Prof Sharma shared some of the experiences of his own life during his visionary address.

The first experience of Nano Science goes back to early 50s when during early childhood at around the age of 3 years, Prof Sharma developed a serious liver ailment that was considered beyond treatment by medical practitioners at that time. Miraculously he was saved by the Nanomedicine from the milk extract of the Gular(Ficus Glomerata) tree by his maternal uncle who had expert knowledge of Ayurveda. The fresh Gular milk drop on the tongue early morning administered before sunrise worked wonders through the nanopores of the tongue says Prof Sharma. In few days the infected liver was repaired for good and till date there has been no problem as far as liver health is concerned. The scientists at AUH have now decoded the scientific facts and have filed a patent in this regard informed Prof Sharma.

Sharing another personal example of 20-year-old Asthma that Prof Sharma had from 1977 till 1998, he was totally cured by a few doses of homeopathic medicine that again worked like a Nanomedicine administered through small sugar pills on the tongue, again worked wonders to cure his asthama for good.

Likewise, his 25 year old migraine headache was treated in 1980s by nanoneuro therapy using the massage with finest of fine ashes home kitchen at the neural junction of the spinal cord with the neck, again by his maternal uncle Pt. Khushi Lal Choube.

These any many such experiences from very many others should excite the imagination of current and future nano scientists about the miraculous developments of Nanomedicines and Nano Technology, said Prof Sharma.

At Amity University Gurugram the Nano Science and Technology team of scientists drawn from Physics, Chemistry, Biology and Pharmacy are currently working in developing new vistas of applications of NST.

A high impact project on rejuvenation of a village pond that was filled with village wastewater has been taken up by AUH to provide an innovative Nano particle based wastewater treatment plant that not only will treat the waste water but also ensure that the village pond, the water body becomes a source of fresh water. This impact project is being coordinated by Dr Atul Thakur and is sponsored by the Jal Shakti mission of Govt of Haryana.

Likewise advanced nanomaterial-based prosthetics are being developed by Dr Atul Takur in collaboration with Dr Rakesh Srivastava of Division of Biomechnics of the University of Nebraska.

In addition to these work on development of nanoenergy generating devices, nanosensors for detection of infectious diseases, nanocomposite material based new energy storage systems, batteries for tomorrow's EVs and Nanorobotics are currently being pursued at AUH informed Prof PB Sharma to the august gathering of scientists at the online international conference.

Summing up his vision for Nano Science and Technology Prof PB Sharma said that now that we understand the scientific basis of Nano Science and Technology days are not far of when info-nano-bio revolution shall create the layers of development in harmony with Nature. This Science of God would then make mankind capable of decoding the secret of creation and discover a better meaning and purpose of life.

Prof P B Sharma, VC, With The Gullar Tree