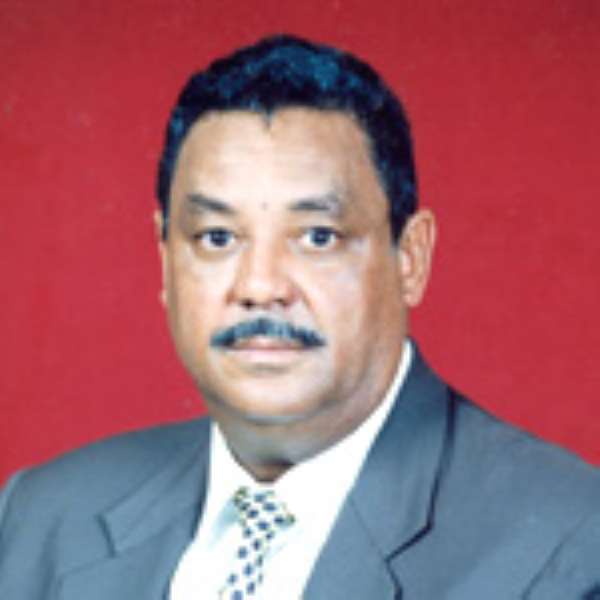 Ghana is dedicated to the full emancipation of the African toward making the Continent that of pride, Mr Jake Obetsebi-Lamptey, Minister for Tourism and Diasporean Relations, said yesterday. "We will never be fully emancipated until Africa is free from the shackles of slavery. Although Africa and Africans are basically free, we are not yet emancipated," he explained.

Mr Obetsebi-Lamptey, who was speaking at the launch of Emancipation 2006 on the theme: "Emancipation: Our Heritage, Our Strength" and a sub theme: "Honouring Our African Heroes" noted that the period was a season to welcome our brothers and sisters in the Diaspora to Africa.

He explained that the name Diasporean Relations added to the Ministry gave weight to Ghana's role in reaching out to those in the Diaspora, not only to the Ghanaian Diaspora but also to the African Diaspora.

The Ministry would concentrate on reaching the Western Hemisphere of the world and mentioned US Virgin Island as one such place to be targeted. He announced that some representatives of people from the US Virgin Islands would be in the country during Emancipation celebrations to rehearse a mini healing concert that would be done during the launch of the "Joseph Project" next year.

The healing concert is a reconciliation ceremony to be held next year to unite Africans living in the Diaspora and those in the homeland. The concert would be used to climax the "Joseph Project" which aims at uniting Africans of all descent.

Mr Obetsebi-Lamptey said people, especially school children, should be taught about the slave trade and to inculcate in them a sense of pride about being Africans. This year's Emancipation to be celebrated between the end of June and August 1 would have activities including public lectures, beach jam, wreath laying ceremony and exhibition on US Virgin Island.

There would also be organized tours to the Pikworo Slave Camp, Salaga Slave Market and slave caves and wells and would be crowned with a grand durbar at Assin Manso on August 1.

Mr Obetsebi-Lamptey urged Ghanaians to be interested and to get involved in activities marking Emancipation celebration and urged the media to help in educating the public about the event.

Emancipation Day is a historic commemoration of the abolition of slave trade in the British Crown Colonies in 1834 and the United States in 1865. Ghana was the first African country to celebrate Emancipation in 1998; the annual celebration is climaxed every August 1 and aims at developing a unique sense of unity among Africans on the Continent and those in the Diaspora.