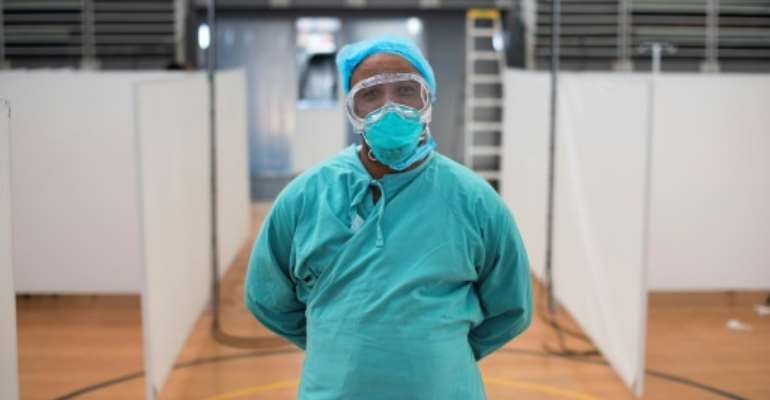 As coronavirus cases spike in South Africa's Western Cape province, the epicentre of the country's outbreak, doctors have voiced concern about other diseases being neglected while medical attention is focused on COVID-19.

The Western Cape province, a popular tourist destination home to the coastal city of Cape Town, accounts for 66 percent of South Africa's 43,434 coronavirus cases and 77 percent of 908 deaths.

Many medical practitioners have been moved from specialised wards such as oncology and anaesthesiology to help treat COVID-19 patients.

But a large number of other patients could be left in the lurch as a result.

At Cape Town's Groote Schuur hospital, around half the staff have been earmarked for redeployment as the pandemic rushes towards a peak expected between the end of June and the beginning of July.

Experts fear this could affect planned surgeries and other services.

"The intense focus on COVID has created a backlog of patients with non-COVID diseases who are not able to access care," a group of doctors from Groote Schuur wrote in the South African Medical Journal last month.

"Many cancer diagnoses and hence treatments have been delayed, as have joint replacements and cataract surgery," the doctors said, warning that patients with chronic conditions such as diabetes and asthma had "missed appointments".

Groote Schuur ENT specialist Johannes Fagan pointed out that doctors already had to "play God" before the pandemic due to limited health resources.

The virus has piled further pressure on the system.

"It's a matter of weighing up who should get care because we just can't treat everybody," Fagan said.

"But the debate isn't really happening because everything is leaning towards COVID at the moment."

Several hospitals in Cape Town told AFP they had stopped elective imaging, procedures and surgery, while outpatient clinics had been scaled down. 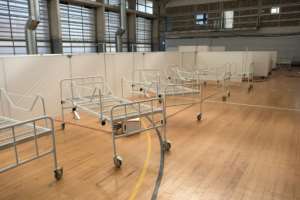 The government strengthened its response by setting up field hospitals. By RODGER BOSCH (AFP/File)

Many patients have also avoided hospital visits for fear of contracting the virus.

"There are a lot of patients with cancer that... are not being diagnosed because they are not getting imaging and (access) to their primary health care clinics," Parkes told AFP.

She anticipated "a huge sort of deluge of patients at the end of the pandemic who are probably more advanced than they would have been if they'd been diagnosed or treated during the pandemic".

Doctors feared they would lack capacity to clear the backlog of patients returning to hospital once the outbreak ended, after having spent months without routine check-ups and treatment.

"We will now have an exhausted healthcare workforce and those patients are still going to be neglected because there is not a recovery plan in place," Parkes said.

It is estimated that the virus will create a backlog of about 150,000 procedures in South Africa, according to the Cape Town-based professors Bruce Biccard and Lydia Cairncross in a recent article published in the country's online Daily Maverickl.

More than 1,700 health workers have been infected since coronavirus hit the Western Cape in March, 17 of whom have died.

The government has strengthened its response by setting up field hospitals and re-deploying military medical personnel from less-affected provinces.

On Friday, President Cyril Ramaphosa paid his first visit to Cape Town since South Africa went under lockdown on March 27.

"The Western Cape is the epicentre of COVID-19 infections and this concerns us deeply," Ramaphosa said, adding that the military was "ready to bring in defence military personnel who will be able to come to the province immediately to lend a hand".

"We need to employ more health workers," he added.