Between 1st And 21st Century Pastors 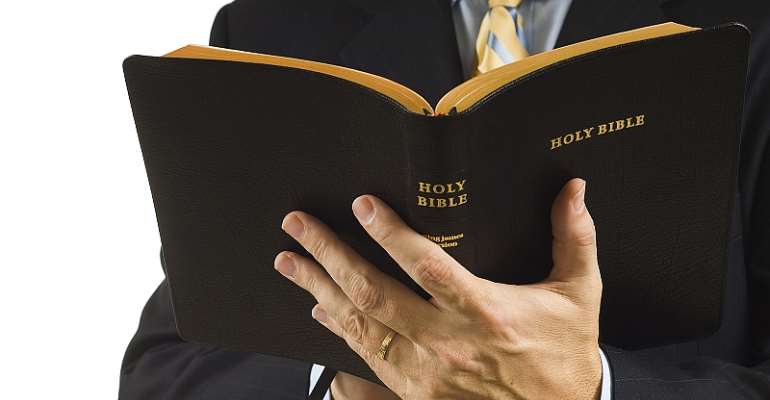 IF YOU read the Bible very carefully under the guidance of the Holy Spirit, you will be exposed to many things that differentiate between the first century servants of Christ Jesus and their 21st century counterparts. A lot can be known in the circumstances of their calling, unique messages they were given, love for titles, ministerial training, recognition, purpose of ministry and others.

There is no doubt that those early Christian servants of Christ were trained by God and anointed men without receiving any direct input from structured Bible schools. But today, most ministers receive training only from Bible schools which are often run under governmental controls often without personal involvement of God in their training. Training in a Bible school is good, but training in the hands of God is better.

Moreover, the expensive modern educational systems and resources, such as meeting places (classrooms or halls), books, vehicles, electricity, water and others, require huge sums of money to provide today. It is, therefore, reasonable that student pastors are asked to pay some moderate fees to enable ministers, who are called and set in the Body of Christ with leadership anointing, to train others effectively to fulfill their ministry.

We know that the Lord Jesus Christ did not build classrooms or rent lecture halls to train the apostles. And the apostles themselves never put up church auditoriums or buildings to house and train other ministers. They never paid utility bills but simply relied and used the available resources in their day for their training. Thus the apostle Peter and his fellows paid no fees for their training; they were trained for free.

However, the system which compels aspiring pastors to pay exorbitant fees before they can be trained, graduated or ordained has the tendency to make some pastors money-conscious. It may open pastors up to the temptation to peddle the Word of God so that they can recoup their investments or pay back those who sponsored them. This clearly is against the commands of God.

Furthermore, in the days of old, ministers were recognized by their deep knowledge of Scriptures, being filled with the Holy Spirit, sound ministration of the Word by the Spirit, their Christ-like character and so on. However, today, many ministers want to be recognized by the seminary or Bible College they have attended, certificates they have been awarded, clerical collar or vestments they wear.

Besides, those preachers never paid greater attention to honourific titles, but today many are obsessed with honourific titles to the extent that they pay money for them to be awarded or have strange titles conferred on them. They were content with the ministry offices they were placed in such as apostle, prophets, evangelists, pastors and teachers.

Again, the first century servants of Christ never regarded ministry offices according to their order of importance or superiority. All fivefold ministry offices were considered as equal, high, noble, heavenly and holy as given by Christ Jesus. However, today, some denominations and ministers have made politics with these ministry gifts, making bishops and apostles look superior to prophets, evangelists, pastors and teachers.

As a result, a number of ministers pay huge sums of money to be consecrated bishops or apostle so that they can appear important, prominent and powerful. They call it “elevation to the office of apostle or bishop.” In other words, they are elevated to a higher office. But there is nothing like elevation of ministry gifts or office in the Church of Christ.

Rather, there is a calling or appointment to an office, and that calling or appointment is a gift which Christ Jesus personally gives to some of His servants by grace to serve His church. Clearly, you can see that Christ calls, but men elevates erroneously. The Bible says, “Paul, a servant of Christ Jesus, called to be an apostle….” (Romans 1: 1),” … for which I was appointed a preacher and apostle and teacher, which is why I suffer as I do.” (2 Timothy 1: 11).

Also, the first century ministers were greatly concerned with salvation of souls. Thus they mainly preached about the Good News of the Kingdom of God which points to Christ. So they often spoke about Christ Jesus with the main aim of making believers grow up spiritually to conform to the image of Christ. But today, many are greatly concerned with making money to acquire big cars, houses and live a life of material comfort.

We should know that as voters reject and punish non-performing presidents and parliamentarians on the day of elections, so Jesus Christ will reject and punish all disobedient pastors, teachers, apostles, evangelists and prophets on the Day of Judgment. On that day, Christ Jesus will angrily yell at bishops and others who refused to do the will of God, “I never knew you; depart from me; you workers of lawlessness.”

Parts of Accra to experience dumsor today
18 minutes ago