We’ll Vote Skirt And Blouse, Mark Our Words; We’re The Movers And Shakers At The Grassroots — Angry NPP Youth Over Disqualification Of 15 Aspirants 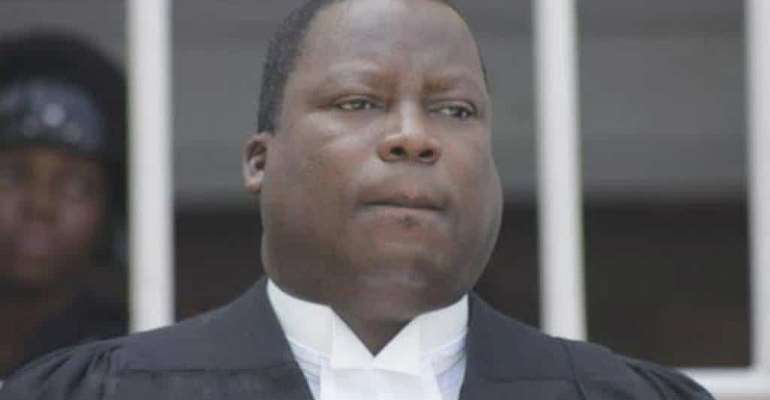 Confusion is brewing among some branch executives and supporters of the ruling New Patriotic Party(NPP) in the Eastern Region after the National Executive Committee (NEC) of the party upheld the disqualification of fifteen (15) aspirants by the vetting committee.

The branch executives and supporters of the disqualified aspirants were hoping NEC will adduce merit in petitions filed by their various aspirants to reverse the decision of the vetting Committee which they describe as unfair and unjust.

While some of the embittered supporters are threatening to vote skirt and blouse others say they will not vote at all in the December election. “We will vote skirt and blouse. Mark our words.We are the movers and shakers at the grassroots.You will see what will happen in December”.

Meanwhile, some of the disqualified aspirants are considering contesting the Parliamentary elections as Independent Candidates.

A total of fifteen (15) aspirants were disqualified by the vetting committee of the NPP, in the Eastern Region in a vetting process which started on March 4, 2020, ended Saturday, March 7, 2020.

The disqualified persons were among 79 aspirants in the region who appeared before the committee.

Some of the disqualified aspirants were Lawyer Philip Addison-Lead Counsel for the NPP during the landmark election petition of 2016 at the Supreme Court. Lawyer Phillip Addison was contesting the incumbent MP, Nana Ama Dokua also a Deputy Information Minister alongside William Agyei Twumasi an Accountant at Akropong Presbyterian College of Education who was also disqualified.

Dr. Samuel Owusu Akyem, the only aspirant who was contesting the MP for Atiwa West-Kwasi Amoako Atta who is also Roads and Highways Minister, was disqualified.

At Fanteakwa North, the incumbent MP, Kwabena Amankwa Asiamah, will go unopposed as his two contenders, Moro Sakyiama Yakubu and Freeman Ofori Agyarko were booted out of the race.

The Eastern Regional Secretary of the NPP, Jeff Konadu, briefing the media after the vetting in March explained that those disqualified had their documentations fraught with irregularities whilst in the case of Atiwa East, the four were disqualified because their supporters breached the party’s code of conduct by invoking a curse on the committee.

“Out of the 79, the committee found that 15 of them were somehow -their documentations and other things could not qualify them to contest in these primaries and that is going to be our report to be forwarded to National for consideration. At the end of the day, the national party will take a final decision of the vetting committee’s report and all the proposed disqualified aspirants have the opportunity to also petition the National Appeals committee for their case to be held”.