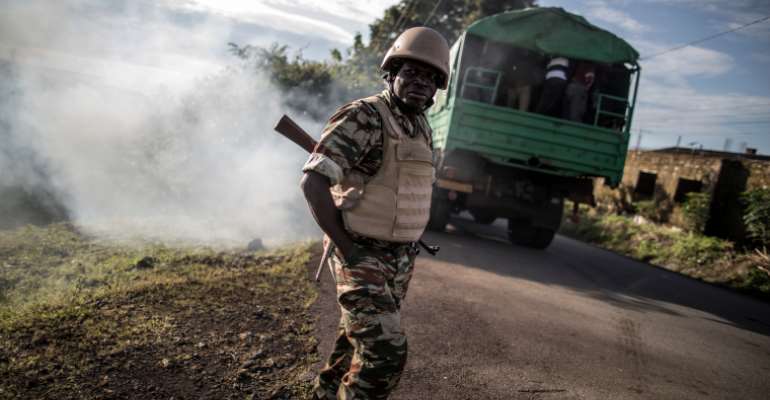 New York, June 5, 2020 — In response to a statement issued by the Cameroonian Ministry of Defense today that journalist Samuel Wazizi died in government custody in August 2019, the Committee to Protect Journalists issued the following statement:

“The Cameroonian government’s cruel treatment of journalist Samuel Wazizi is truly shocking. It is unbelievable that authorities covered up his death in custody for 10 months despite repeated inquiries from press freedom advocates and his family, colleagues, friends, and lawyers,” said Angela Quintal, CPJ’s Africa program coordinator. “An independent autopsy should be conducted immediately, and Cameroon must also launch an independent commission of inquiry so that those responsible for Wazizi’s death are held accountable.”

The statement denied that Wazizi had been tortured or abused, and said that the journalist’s family had been in contact with him in custody. Wazizi’s sister-in-law, Metete Joan Njang, told CPJ today in a phone interview that the journalist’s family had not been able to contact him since shortly after his arrest on August 2, 2019, and was not made aware of his death until a news report on May 3.

Police arrested Wazizi on August 2, and transferred him to military custody on August 7, after which he was held incommunicado, according to CPJ research.

In 2010, journalist Bibi Ngota similarly died while in government custody; his death certificate said he died from a lack of medical attention while in prison, according to CPJ research.