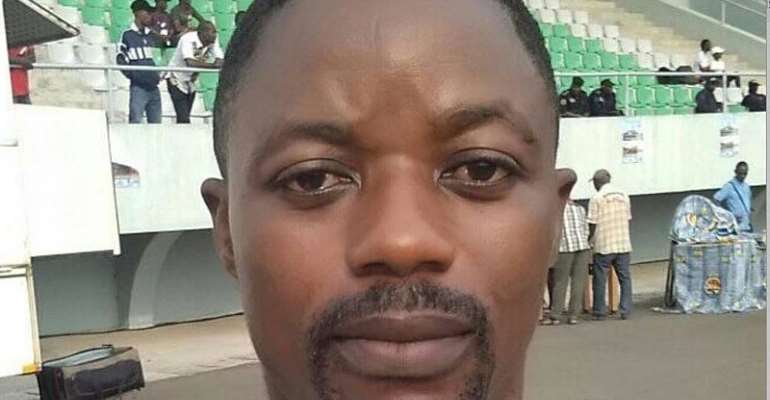 Cameroonian Anglophone Pidgin journalist Samuel Wazizi died on 17 August 2019, and he was not tortured, according to a statement from the Cameroonian Ministry of Defense and read out over Cameroonian radio on Friday. This, just one day after local media reported that the journalist had been tortured and died in military custody.

“The death certificate issued by this [Cameroon Military] hospital clearly stated that Samuel Ebuwe Ajiekia…died on August 17, 2019, as a result of a severe sepsis,” according to the statement.

The statement added that Ebuwe, who went by the name of Wazizi, the charismatic host of Hala ya matter on CNTV in Buea, had not been tortured, negating the statements made by the Cameroonian press associations on Thursday. The statement also indicated that the military had informed the family.

New evidence of torture
RFI spoke with Emmanuel Nkea, one of Wazizi's lawyers, on Friday after the military statement was released.  He says that they had received new evidence on Friday from a close friend of the deceased journalist that he had been tortured.

“This person has confirmed to us that…some people had called her phone and said to her that they wanted her to send some money to Wazizi, intimating to her that Wazizi had been so badly beaten, to a point that his waist was broken,” says Nkea.

The lawyer says that they are protecting her identity for now, but when Wazizi had originally been arrested in 2019, he had given him a list of close contacts that included this person.

The people calling the contact said “he needed medical assistance, so she sent 20,000 CFA [30 euros] to a particular number with the name of the person. We have all these details,” says Nkea.

“We strongly feel that this isn't a case that can be looked at lightly. In fact, if the government knew that this man was dead and that we were in court, they should have told us that he is dead. We should be informed,” he added.

Wazizi's family not informed of his death
“It is worth mentioning that the latter [Wazizi] had remained in close contact with his family from Buea to Yaounde, and that even from his sick bed at Yaounde Military Hospital – Military Region No. 1, he exchanged regularly with several of his relatives,” according to the military statement.

RFI spoke to Wazizi's close friend and former work associate Tah Jervis on Friday, who said that when he called the family to tell them the news, they burst into tears.

“They did not know that he was dead. No one had told them,” says Jervis, a former journalist also from Wazizi's home town of Muea, a small town outside of Buea in the South West region.

Jervis says that the family did not know where he was after he was arrested, and had not been informed.

“We are sorry to note that the family has since then not undertaken any steps for the funeral arrangements,” according to the statement.

According to Cameroon Association of English-Speaking Journalists (CAMASEJ), a member of Wazizi's family is en route to Yaounde to ask to receive his body.

Wazizi dead while his lawyers in court
Lawyer Nkea says that he and his associate Edward Ewule was in court in August when the military said Wazizi had died. They had filed a number of Habeus Corpus documents, which call for the defendant to physically be brought to court at this time.

But the whole process was faulty from the start, from the time of Wazizi's arrest until his death, according to Nkea. He and Ewule had spoken to Wazizi when he was in police custody on 3 August, 2019 on charges of terrorism.

After Ewule suggested to police that they did not have the competence to investigate these charges, it was agreed that Wazizi would be taken to the judicial police, “which is a more competent unit for investigations,” says Nkea.

“Instead, the police took him to the 21st Motorised Infantry Brigade, without any jurisdiction to investigate or prosecute criminal offenses,” he says. When his lawyers asked to see their client and refused, they filed a Habeus Corpus document, which was rejected, then refiled.

“He was never produced, not for once. When we filed the [new] Habeus Corpus application, the judge called on the 21st motorized battalion to produce him in court and they flouted the order; then the court tried to dismiss this on technical matter,” says Nkea.

Nkea and Ewule are slated to go back to court on Tuesday to request Wazizi's body. He expects the court to order that his body be returned to the family for proper burial.

“The way the military have acted, it shows that we cannot trust the evidence they are trying to produce at the moment,” says Nkea.

“We don't see them [the military] as people who are conscious of the rule of law,” he adds.