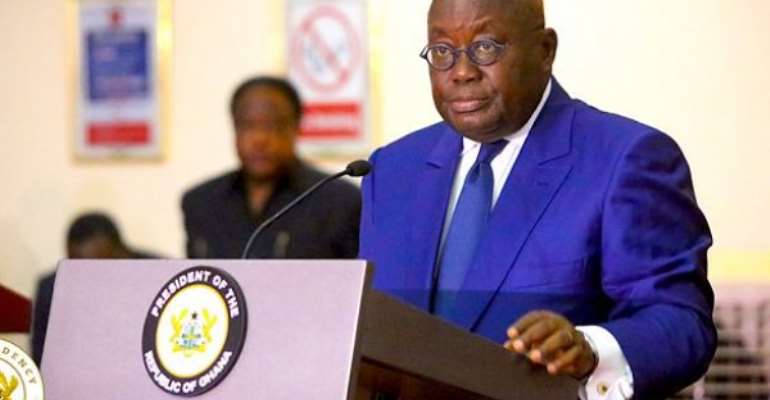 President of the Chamber of Freight forwarders and Trade (CTF), Dennis Amfo-Sefah says any attempt to blame President Akufo-Addo for the current technical hitches the implementation of UNIPASS is experiencing won't hold.

He said just like any other new system, UNIPASS indeed experienced some teething challenges that it was surmounting and it was therefore not reasonable to blame it on the President.

Mr Amfo-Sefah, who was speaking to the Ghana News Agency in Accra on Friday said “I can assure you that the claims that we are angry at the President are not true; among us Freight Forwarders, there is no unhappiness towards President Akufo-Addo because we know the truth."

“The truth is that people who feel they are losing port management contracts are simply fighting back the smooth take-over of port administration by UNI-PASS; that is the simple truth. These people feel pained about losing the contract to manage the ports and so they have decided not to cooperate.”

Mr. Amfo-sefah however failed to name those behind it, saying “The people I am referring to know themselves and at the appropriate time everybody will know the real truth.”

Some Media outlets since the implementation of the UNIPASS system reported that President Akufo-Addo was becoming unpopular among importers and freight forwarders because of glitches that were bedeviling the new UNI-PASS system.

They attributed the hitches to some senior members of government, who were allegedly responsible for the happenings at the ports for introducing CUPIA Korea and its UNI-PASS system and therefore allegedly orchestrated the abrogation of the contract of GC Net and West Blue to make way for the latter.

However, Dennis Amfo-Sefah pointed out that, “Nobody among us is angry with the President or any of his appointees because we know that the mess is not the making of any of them. The arrangement had been for the old operators to slowly back out so that UNI-PASS would slowly take over. This would have led to a seamless integration.

“However, the operators of the old system disengaged rather abruptly, leading to the challenges,” Mr. Amfo-Sefah said.

According to him, “the difficult switch from the old system to the new one was the problem not President Akufo-Addo or his Ministers.”

He was however hopeful that the problems would be fixed very soon.

“This is the second time that the abrupt disengagement of the old port management system to make way for the new one is causing problems. In early May, a similar disengagement grounded operations at the port for days.”

UNI-PASS is a new port clearing system that processes documents and payments through one window. It is a departure from the previous system in which 'valuation and classification' and 'risk management and payment' were handled by different entities.

The single window system is aimed at coordinating all activities at the ports on one platform to reduce time and cost in clearing and exporting goods.