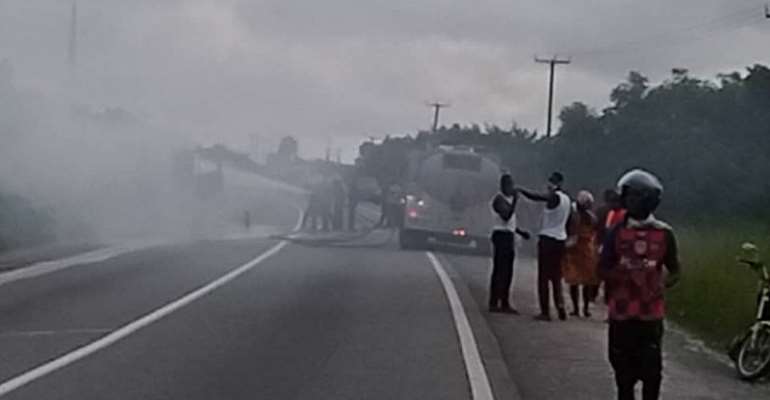 The timely response from the Ghana National Fire Service saved a burning petrol tanker from exploding at Gomoa Buduatta.

The petrol tanker, with the registration number (GT 4863-11) was travelling towards Accra when it caught fire from the engine compartment at Gomoa Buduatta in the Central Region.

Divisional Officer III (DOIII), Abdul Wasiu Hudu, Central Regional Public Relations Officer of the GNFS who confirmed the incident to the GNA said the Service received a distress call of a fire involving a Fuel tanker at about 1747 hours.

He said the driver and the mate tried to put off the fire with the extinguisher but were not successful.

Mr Hudu said personnel from the Apam and Budumburam Fire Stations were quickly dispatched to the scene of the incident, where they were able to contain the fire from spreading to the combustible liquid it was carrying.

He said but for the timely response of the fire service, the whole tanker could have exploded.