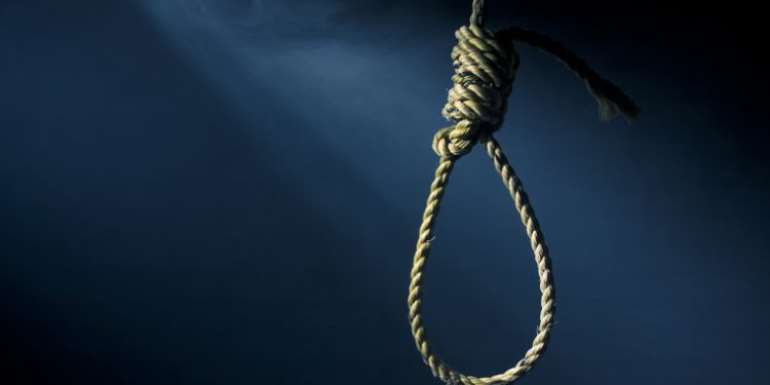 A 40-year-old pastor of Jesus Healing Prayer camp in Awutu Ofaakor in the Central Region has allegedly committed suicide.

The pastor known by his peers as Peter allegedly hunged himself on Wednesday evening.

Although the reason behind the suicide is not yet known, sources say the pastor allegedly committed the act after his wife divorced him.

Some church members who spoke to Citi News expressed shock at the development.

“I heard a loud noise from the house of the pastor and I rushed into his house only to find him hanging on a sponge in his room,” one said.

“This is the first time such a thing has happened in this area so we are surprised,” he added.

Another church member told Citi News that the pastor moved to the area not too long ago.

“The pastor was staying in Nigeria with one of my friends but later moved to Ghana and started his church and I also started attending the church since he was a good pastor. I am surprised to hear that he is dead,” another church member said.

Asafoatse of Awutu Ofaakor Asafoatse Duah Quaye who spoke to Citi News believes the man of God committed suicide as a result of the challenges he was facing in his marriage.

He noted that the chiefs and people of Awutu Ofaakor will perform some traditional rites to pacify the gods.

“The man of God had challenges in his marriage and I am sure it was one of the reasons why he committed suicide but as traditional leaders, we will perform some rituals to pacify the gods before he is sent to the mortuary,” Asafoatse Duah Quaye said.

I Felt Very Safe Under Mahama – Manasseh
52 minutes ago