We Are Ready For Victory 2020---NPP Research And Elections Officer 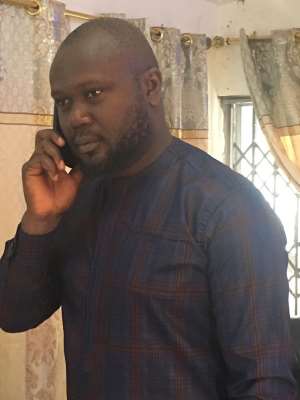 Research and Elections Officer of the ruling New Patriotic Party (NPP) in the Afigya Kwabre South Constituency have claimed his party's readiness to deliver another resounding victory to the NPP in the upcoming general elections scheduled December 7, 2020.

Speaking to some electoral area and polling station executives of the party in the constituency, Hon. Joe Osei who is the officer in charge of research and elections in the Afigya Kwabre South Constituency touted his party's gains vis-à-vis the performance of the Akufo-Addo government and thus concluded that come December 7, 2020, the NPP shall be crowned victorious by the EC at the end of the general polls.

He added, "the Afigya Kwabre South Constituency, which you and I serve as executives at various levels is also ready to give NPP 90,000 votes."

He however challenged the electoral area and polling station executives present at the meeting to get themselves ready for action towards the victory ahead of them.

He said, "you as electoral area and polling station executives are the reason we won election 2016 at ease. Same with this year, get yourselves ready for action because you have another victory to deliver to your party".

The NPP wing of the Afigya Kwabre South Constituency is historically one of the strongholds of the ruling NPP. Since its creation, no political party except the NPP has won the seat. It has also provided very huge voter numbers for the NPP and thus could be seen as a no go area for the opposition NDC or any other political party operating in Ghana.