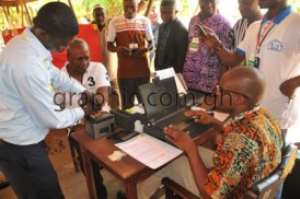 Like winter, an election is coming. If I had one piece of advice for those gathering at party conferences, or hunkering down in strategy meetings, it would be this: "know your voters, not as you want them to be, but as they actually are".

You may think your voters are people who, come election time, think long and hard about how they are going to vote, pondering party manifestos, reading up in detail on policies about which they have little knowledge, cogitating wisely, before casting a considered vote at the pooling station.

That voter does not exist and probably never has. "If we would learn what the human race really is at bottom, we need only observe it at election time " Mark Twain. The more we learn about voters, the more we realise he was right.

At the pooling station on election day, candidates with surname names that begins with a letter that comes early in the alphabet on the ballot paper have an advantage - because reading to the end of a ballot paper takes time, and not all voters can be bothered. And the good-looking politicians do better electorally than ugly ones  - which makes you wonder, why you think about some of those who  do get elected.

Too often, the public seem to justify the phrase normally attributed to Churchill ("The best argument against democracy is a five-minute conversation with the average voter"), although like most good political quotations there's no evidence he said it.

Voters' factual knowledge about politics and policy is often lamentable.

Voters are also terrible at predicting their own future behaviour,  and they fib, even about such basic things as whether they voted at all. One study found 15% of people had a view on the monetization of politics with men being 50% more likely to do so than women. Yet for all the criticism they get ( and give).

Ghanaian voters respond fairly coherently to what governments do; they may not know the details but they reliably spot the direction of travel, and most of them do try their best, most of the time, to make sense of a difficult and confusing political world and vote in accordance with what they value most. And they are more demanding than before.

The loyalties of the immediate post-war era, with voters always backing the same party, have been replaced in part by a leave/remain divide that parties are still coming to terms with.

The last two elections in Ghana were the most volatile in modern history and there's no reason to think the next one will be different. Opinion polls can now change in a way that would have been inconceivable two decades ago. Poll leads can come and go in the blink of an eye. Be warned.