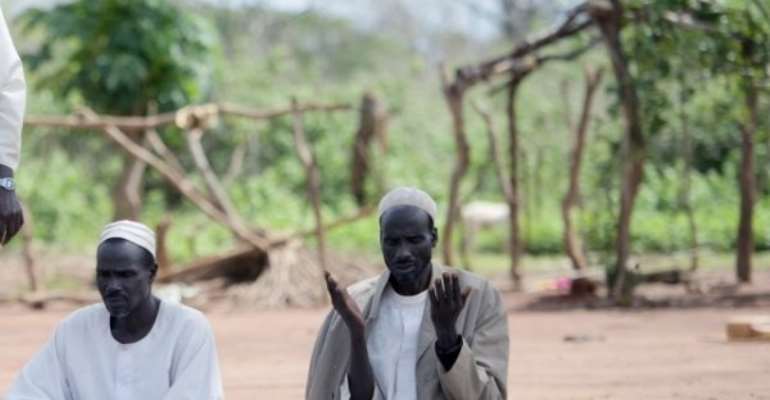 Some members of the Muslim Community in Accra on Thursday expressed satisfaction with the directive from the Office of the National Chief Imam to hold on with Jumah prayers in all major mosques.

They said the modalities in place to help curb the spread of the virus in mosques would be very difficult to implement, taking into consideration the way and manner the community mosques operated, hence welcoming the directive to put it on hold.

In a random interview with some Muslim faithful ahead of the opening of mosques on Friday, Mr Faraaz Nii Okpoti Koney, a worker with SSNIT, told the Ghana News Agency that it was a good move by the Office of the National Chief Imam to hold on with Jumah prayers in all major mosques.

He said he had personally taken a firm decision not to go to the mosque till probably the end of the year adding; “Hopefully by then, the pandemic would have abated.”

"Take for example a typical community mosque in Nima; who would keep a register of attendants? This is a practically impossible task,” he said.

Mr Luqman Amoo, who works with a Pharmaceutical Company, said he was doubtful if most mosques could practice all the protocols the Minister of Chieftaincy and Religious Affairs laid out after the Presidential Directives.

“I also doubt the ability of mosques to be fumigated within the period for Friday Jumah Prayers. The directives are a bit cumbersome, we must tread cautiously,” he said.

On the issue of accommodating only 100 congregants, Mr Amoo asked; “How do we maintain that. You and I know the behaviour of most Ghanaians, how will the 101st person be turned away and what will be that person's reaction.”

"I have a lot of doubts about our readiness to ensure all the protocols hence my decision to stay put till further notice and I know Allah will understand this decision," Mr Amoo said.

Mr Abdul-Salaam Tackie, staff of an Insurance Company, said he would not be going for Jumah until probably after a month, saying he was not sure they would be able to put in place the relevant protocols to enable the mosques organise the prayers.

It would always be a challenge controlling and limiting the numbers, which would take some time to be effective, he said, adding that he would wait for a while.

Mrs Bilques Mohammed, a Teacher, said she would not be going for Jumah prayers because it was not compulsory for women to go to the mosque to pray and that she did not believe Muslims were ready to face any outbreak.

"We should be honest with ourselves and just stay home,” she said.

Mr Hamza Obeng, a Banker, also told the GNA that; "It would be a rush, since many might be eager to go and this might not be helpful in curbing the spread of COVID-19.”

Mr Ismaila Mensah, a Public Relations Practitioner, said they usually prayed Jumah at their premises with staff and would not attend the Masjid.

"I strongly believe people should pray at home."

President Akufo-Addo, in his 10th Address to the nation on Sunday, May 31, eased restrictions for religious bodies to open their places of worship to congregants with a limited number of 100 people per worship, in addition to observing some protocols.