WHO resumes hydroxychloroquine trial in fight against Covid-19 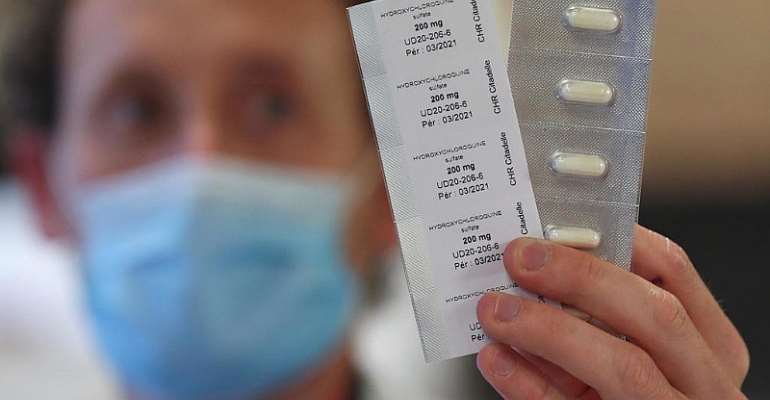 The World Health Organization has announced the resumption of its hydroxychloroquine trial to treat coronavirus patients, after suspending its tests last month due to doubts over the drug's safety.

"We are now fairly confident, not having seen any differences in mortality, that the data safety monitoring committees of both solidarity and recovery have recommended that the trial can continue," the WHO Chief Scientist Soumya Swaminathan told a press briefing on Wednesday.

Last month, the medical journal The Lancet issued an "expression of concern" over a large-scale study of hydroxychloroquine that led the World Health Organization (WHO) to suspend clinical trials of the drug as a potential treatment for Covid-19.

The observational study looked at records for 96,000 patients and concluded that treatment with hydroxychloroquine, which is used to treat arthritis, and chloroquine, an anti-malarial, showed no benefit in the treatment of Covid-19 and even increased the likelihood of patients dying in hospital.

The Lancet acknowledged "important" questions over the research into the anti-viral drugs, after dozens of scientists issued an open letter raising concerns about its methodology and the underlying data.

They pointed to a lack of information about the countries and hospitals that contributed to the data, provided by Chicago-based healthcare data analytics firm Surgisphere.

"Although an independent audit of the provenance and validity of the data has been commissioned by the authors not affiliated with Surgisphere and is ongoing, with results expected very shortly, we are issuing an expression of concern to alert readers to the fact that serious scientific questions have been brought to our attention," The Lancet said Tuesday.

Peter Horby, professor of emerging infectious diseases and global health at Oxford University said the controversy should spark "serious reflection" over the quality of the peer review process.

He added that decisions to halt clinical trials on the basis of an observational study were "completely unjustified".

Among the most outspoken critics of The Lancet study has been French professor Didier Raoult, whose own work has been at the forefront of promoting hydroxychloroquine and has also been subject to criticisms over methodology.

On an interview on Wednesday on BFM TV, Raoult defended his promotion of hydroxychloroquine to treat covid-19 patients.

"I am serene, it is my nature, I do things according to my conscience," he said, assuring that all patients knew they were being treated with hydroxychloroquine.

"The question is whether the patients are being treated for research or for treatment. I said that they should be treated, that it was no longer the time for research," he added.

France was among the countries to halt Covid-19 treatment with hydroxychloroquine last month.

The study also whipped up fresh controversy over hydroxychloroquine, which has been endorsed by public figures -- including US President Donald Trump.