Landmark French trial over slimming drug Mediator back in court 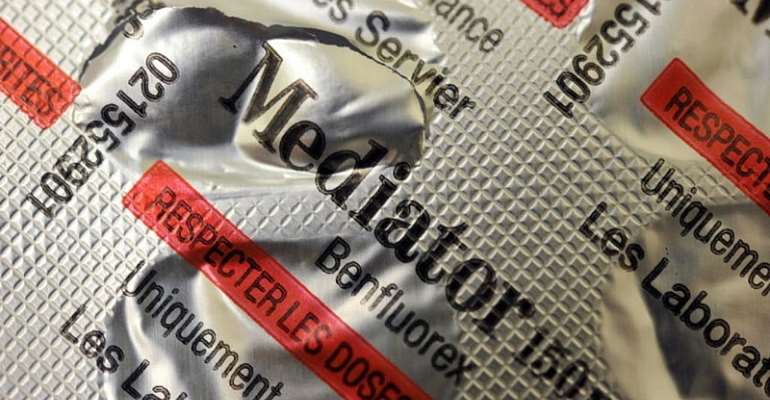 Eleven weeks after it was derailed by the coronavirus, a landmark trial has resumed over the weight loss drug Mediator, held responsible for hundreds of deaths in what is one of France's biggest pharmaceutical scandals.

Hearings began again Tuesday morning in the Paris Criminal Court, reconfigured to allow for social-distancing measures, with 11 legal entities and twelve people – all aged over 65 – appearing before the tribunal.

Mediator was developed to treat excess weight in Type 2 diabetes patients, but the pills were also widely given as an appetite suppressant.

Some 5 million people in France were prescribed Mediator over a period of 33 years until 2009, when it was finally recalled from the market.

The medication was never authorised in the United States or the United Kingdom, while countries such as Spain and Italy banned it in the early 2000s.

Manufacturer Servier Laboratories is on trial for manslaughter and deceit – accused of deceiving users over the side effects of Mediator, which is responsible for serious heart damage and may have killed up to 2,100 people.

The trial opened on 23 September, 2019, but was delayed until June after the end of France's strict coronavirus lockdown.

Hundreds of lawyers are involved in the case, which was brought by some 2,600 plaintiffs who are suing the privately owned company Servier, as well as French drug regulator the Agence Nationale de Sécurité du Médicament (ANSM) and 12 others.

Reports by France Inter radio said one seat in two was available for use by lawyers and defendants in the courtroom, and three seats in four for the public, with hydroalcoholic gel available at the door, and participants encouraged to wear masks.

Alain Fraitag, from the AAVAM association that provides assistance to victims of medication accidents, said the trial – originally expected to last seven months – presented "a danger" for those present given the "appalling" health situation.

Lawyers are claiming Servier made at least one billion euros from the Mediator while being aware of its dangers. The company denies the charges.

The trial has 20 hearing days left, with a ruling expected in early July.