What zoologists should learn from a zoonotic pandemic 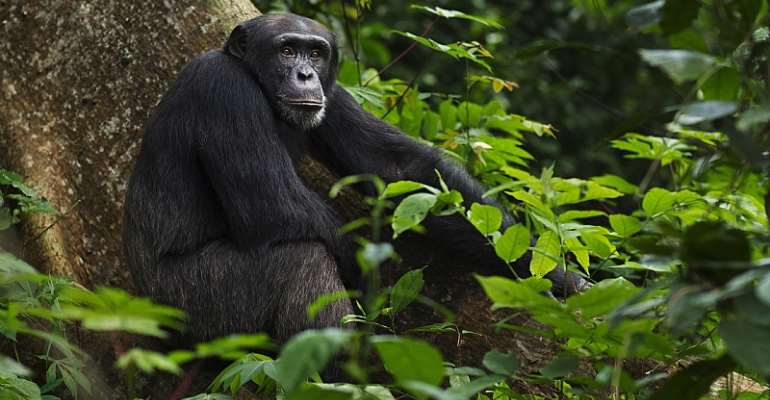 The best-known example of a zoonotic pandemic is HIV/AIDS, which originated from chimpanzees. - Source: GettyImages

Zoology has an illustrious history; it has triggered paradigm shifts in thinking. One of the best known was Darwin's theory of evolution, based on his observations of the natural world. It became the cornerstone of current zoological research.

Very few sub-disciplines of zoology are not firmly anchored on ideas around change over time, driven by some advantage that individuals get from specific heritable characteristics. In this spirit of observation of nature, linked to robust and detailed analyses of trends, zoologists have been sounding the alarm for many years about the current mass extinction and the negative consequences of disrespecting nature.

Those chickens have come home to roost.

Ultimately, COVID-19 is zoological in origin. And now, in the midst of the pandemic , it is modellers, virologists, medical specialists and engineers who are driving the scientific response to the global crisis.

Their role is crucial because they can contribute to preventing zoonotic outbreaks in future. But how? What could zoologists do differently?

Firstly, multidisciplinary research will be the cornerstone, forging links that haven't existed before. Secondly, we will need to broaden our species focus. So far, research has targeted species known for carrying diseases that can infect other species – such as bats and primates. But this will need to be expanded to, for example, small carnivores .

What do we know already?

Zoologists have known for decades that some of the most virulent viral infections are animal in origin. These viruses occur naturally and at low levels. In their natural animal hosts they are often not harmful.

Viruses are not autonomous. They require the host's DNA to replicate. Many viruses are therefore species-specific and cannot replicate outside their natural host. But a random mutation in the right location in the virus's DNA can allow the virus to establish in a new host species.

We're therefore dealing with at least two independent host jump events, and possibly many more. Decades after HIV-1 was identified and sequenced from humans, we are still no closer to a vaccine, and an estimated 32 million people (at the end of 2018) have died from AIDS-related illnesses since the start of the pandemic.

Very little is known about the coronavirus – SARS-CoV-2 – that causes COVID-19, even though it isn't the first time that a member of the coronavirus family has jumped from its natural animal host to humans. According to the National Foundation for Infection Diseases fact sheet , human coronaviruses were first identified in the 1960s. Seven coronaviruses that can infect humans have since been identified.

Initial ideas about SARS-CoV-2 were that it originated from two hosts – bats and later from pangolins. To date, the full genomes of more than 17,000 SARS-CoV-2 viruses have been sequenced, but the exact origin is still unknown.

This is important because to fully understand the properties of the virus, we need to know the animal host (so called patient zero). This information may be critical to developing vaccines.

It won't be easy. There is a very real possibility that the origin of SARS-CoV-2 may be a bat . But they are difficult to work on, given their habits of nocturnality, flight, and roosting in places that are hard to access. And there's a strong possibility that bat diversity is underestimated. This is a real problem given that viruses may be species-specific.

There are some simple steps that zoologists are following.

The first is to home in on data that we can collect easily but which will still provide relevant information.

One example is faeces. Defecation is near universal in the animal kingdom, and zoologists have been cashing in on the rich data that faeces can deliver. We collect, store and analyse faeces for parasite load, hormonal data and DNA, relating these data to the health, behaviour and social structures of species.

But this source of information can be mined for much more by, for example, taking advantage of advances in metagenomic sequencing. This means we can now use faeces – properly stored and prepared – to identify entire viromes in the wildlife hosts, enabling us to proactively identify potential zoonotic viruses.

This requires zoologists to make connections through linkages with virology and medical laboratories to provide multidisciplinary perspectives.

Another rich area that we can use more extensively is the massive volume of animal movement data. It has spawned a proliferation of websites dedicated to the sharing of GPS points tracking everything from ants to elephants, often using animal collars that transmit location signals. We understand that animal movement patterns can affect disease outbreaks and spillovers to humans ; can't we use these resources more proactively?

It's vital for zoologists to collaborate with social scientists too, to understand human interaction with wildlife better. Ultimately, the jumps from animal to human are driven by us, and our behaviour . We can – and should – use the existing connections that many zoologists have with local communities to do more than reduce human-wildlife conflict.

This information provides rich pickings for zoologists as we battle to unravel the latest mysteries of what happens within species and between species.

Aliza le Roux works for the University of the Free State's Qwaqwa campus, and serves on the Council for the Zoological Society of Southern Africa. She has received funding from the National Research Foundation, the Afromontane Research Unit, and product donations from Wildlife Acoustics. She is an alumna of the Africa Science Leadership Program and South African Young Academy of Science.

By Aliza le Roux, Associate Professor, University of the Free State And

Article
Powered By Modern Ghana
What the tourism sector can learn from Cape Town's drought
What Nigeria's poor power supply really costs and how a hybrid system could work for business
A contested legacy: Julius Nyerere and the 2020 Tanzanian election
Cash transfers can help refugees, but they also carry risks. Insights from Kenya
From Cape Coast With Love
Seidu Agongo Writes: What Does A Female President Mean To Ghanaian Girls?
Ahwoi’s Working With Rawlings – Amidu’s Critique V
What can be done to better support women pursuing their PhDs in Africa
Has the skin lightener industry learned from Black Lives Matter?
COVID-19 Updates Live Dashboard
TOP STORIES