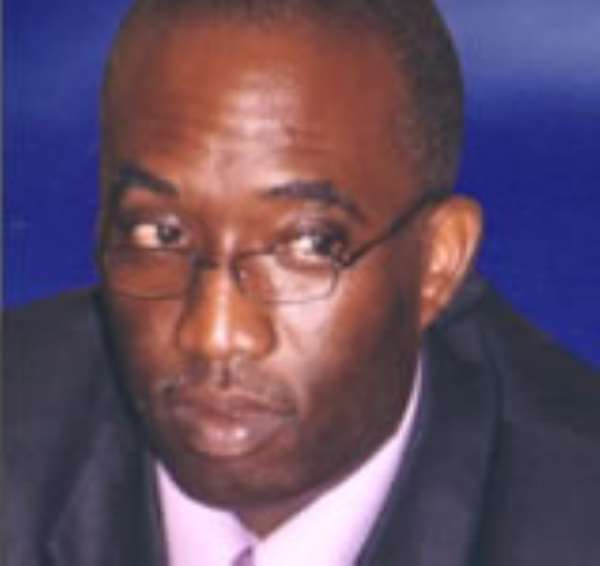 The Chief State Attorney, Mr Eric Francis Amison Agbolosu, who ordered the police to release the two Venezuelans on remand over the East Legon cocaine bust on grounds of no case, has been sacked from the Attorney General's Department.

Mr Agbolosu was given the sack on Tuesday in a letter signed by Mr G.S.C Anaba, Acting Chief Director, of the Attorney General's Department and Ministry of Justice on behalf of the minister, Mr Joe Ghartey.

Prior to his exist, Mr Agbolosu was given a query to explain why disciplinary action should not be taken against him for advising the police to discharge cocaine suspects in custody without consulting the Attorney General in such a serious matter.

The letter dated June 20, 2006 indicated that, the matter under reference is a serious one, and disciplinary action would be taken against him if he is unable to justify his action, which he took without consultation with the Minister of Justice, Mr Joe Ghartey.

The letter further indicated that the action by Mr Agbolosu was without authority and is therefore null and void.

The letter said, “without consultation with the Attorney- General you submitted your Legal advice to the Director General, CID, which advice, to all intents and purposes seeks to exonerate Joel Mejia and Italo Gervasio Resero Castillo from the charges of possessing narcotic drugs without authority”.

“Would you show cause why disciplinary action should not be taken against you for failing to seek clearance with the Attorney General in such an important case,” the letter asked.

The letter directed that Mr Agbolosu should respond to the letter by the close of work on Wednesday, June 21,006.

“Your response to this query should reach the Attorney General by the close of work on Wednesday 21, 2006,” the letter had ordered, but The Independent gathered that, in view of the seriousness of the matter the Attorney General, Mr Joe Ghartey, instructed his acting Chief Director, Mr Anaba, to write the sack him from the department as Chief State Attorney at the Prosecutions Department.

The dismissal letter dated June 20, 2006 read in part, “I am directed by Hon. Attorney General and Minister for Justice to request you to hand over all official documents and property in your possession to him through the acting Chief Director by 12.00 noon today, Tuesday 20th June 2006 with immediate effect.

The Chief State Attorney was subsequently ordered to vamoose from the prosecutions division but was given respite and compensation of resuming duty at the Registrar General's Department, which also falls under the Ministry of Justice, on Monday June 26, 2006 without a specified designation.

As at time of going to press yesterday, the decision to sack the Chief State Attorney had disorganized the entire workforce at the Attorney General's Department

Mr Agbolosu declined to comment on the development when contacted but only maintained that “I did what I deemed fit and which is normally done by the department because I felt that their arrest and detention was not supported by concrete and indicating evidence.”