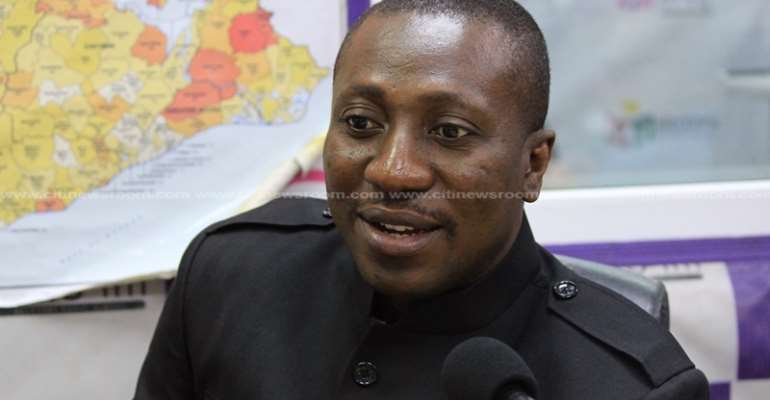 The Member of Parliament (MP) for the Effutu constituency, Alex Afenyo-Markin, has criticised the Bawku Central MP, Mahama Ayariga’s attempt to get Parliament to reject the Electoral Commission's (EC) move to make the Ghana card and passports as the only valid identification for registering to vote.

Speaking on Eyewitness News, Afenyo-Markin insisted that Ayariga did not have the standing to make such a call.

A Notice of Motion was filed by Mr. Ayariga to get Parliament to reject the Public Election (Registration of Voters) (Amendments) Regulations 2020 (C.I. 126) pursuant to Article 11 (7)(c) of the Constitution.

This motion was turned down by the Speaker of Parliament.

The Effutu MP stressed that Mr. Ayariga could not overstep jurisdiction of the Subsidiary Legislation Committee.

“When a referral is made to a committee and that committee is given jurisdiction to look into the matter until the committee reports at the plenary, a member who is not a member of the committee cannot seek to arrest that mandate by bringing a motion.”

“As a member of Parliament you can speak in any committee deliberation but of course if you are not a member, you can’t vote,” he added.

Mr. Afenyo-Markin further said that Mr. Ayariga had fellow Minority MPs on the committee and could have appropriately relayed his concerns through them.

“His side is well represented on the committee. He is working as though he is alone in Parliament, Not that is not it.”

Responding to his setback, Mr. Ayariga held that the proposed law changes by the EC were flawed.

He decried the absence of a birth certificate from approved identification because of the legitimacy of the Birth and Deaths Registry.

“I take the position that the current prescription which takes out birth certificate makes the C.I. so flawed because the birth certificate is the primary document for proving you were born in Ghana and that at the time of your birth you were a citizen.”

He also noted that NIA and passport office rely on the birth certificate for verifying citizenship.

Beyond this, he also insisted that the voter ID deserved to be part of the required identification because it was coordinated by a constitutional body.

“I don't understand why they [Parliament] will accept the Ghana Card, accept the passport but reject the previous decision of the Electoral Commission; a constitutional body.”