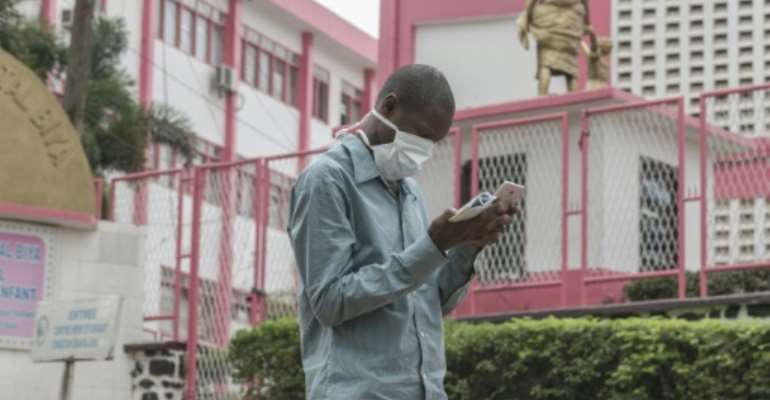 Cameroon's refusal to follow other countries in imposing tough, early restrictions has helped coronavirus to spread, say critics. By - (AFP)

In less than three months, the official case tally has risen to nearly 6,600, including 200 deaths -- the third-highest number of infections of any country south of the Sahara.

Compared with Europe and America, this total is low, but experts warn of COVID-19's ability to spread like wildfire in countries where health systems are weak and testing is poor.

Despite forecasts that cases would peak in June, schools and universities were suddenly told to reopen this week, prompting teachers and parents to warn that safety preparedness was nowhere near ready.

Cameroon on March 5 became the first central African country to register a case of the virus -- a 58-year-old French national who had arrived in the capital Yaounde in February.

But it was not until two weeks later that the authorities set down restrictions for the country's 25 million people.

The opposition has repeatedly criticised what it says is the government's failure to take the threat of COVID-19 seriously, as many other African countries imposed radical containment measures early on.

Albert Ze, an economist specialising in health issues, told AFP that management of the epidemic had been "disastrous."

"We missed the opportunity to contain the virus at the very beginning," he said. 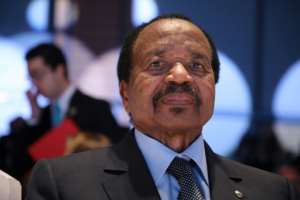 President Paul Biya, who has been in power for nearly four decades, only appeared publicly on television on May 19, pressured by the opposition and the World Health Organization (WHO) after more than two months of silence.

"We are seeing a particularly significant progression of the epidemic -- it's extremely serious," Eugene Sobngwi, vice chairman of the health ministry's scientific council, told state television on May 24.

Cameroon could become "the laughing stock of the world," he said.

Rebutting such worries, Health Minister Manaouda Malachie on Monday said the case figures "should not be a cause for alarm... so far the government has been in control of the situation'.

Ze accused the government of a lax response in key areas as the epidemic began to brew.

"Cameroon did not close its land, air and sea borders until March 18 -- 12 days after the first 'imported' case, and weeks after many other African countries,' he said.

The government was also laid back in social distancing, limiting gatherings to 50 people while other countries on the continent set a maximum of 10.

No lockdown has ever been imposed in Cameroon, and restaurants, bars and nightclubs were only forced to close after 6pm.

And those restrictions, as well as rules for distancing on public transport, were not implemented until mid-March.

Despite the late response, the impact of those measures was "immediate -- Cameroonians understood there was a major problem," said Professor Yap Boum II, an epidemiologist and head of a Doctors Without Borders (MSF) research centre in Yaounde.

A month after the start of the epidemic, the authorities required wearing of facemasks, and this too helped strengthen awareness and tighten control over the virus, he said.

But on April 30 the government abruptly eased public transport restrictions and allowed bars, restaurants and nightclubs to reopen in the evenings.

In the public's mind, the brakes were now off, said Boum.

The move "led to an almost total relaxation of the population, as if this announcement sounded the end of the epidemic,' Boum said.

"We saw fewer and fewer people wearing masks, and more and more people in bars -- and a month later we more than tripled" the number of cases and fatalities, he said. 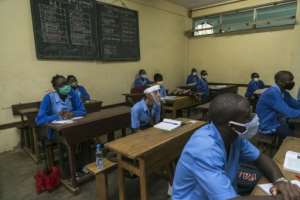 Students at the Jean Tabi high school in Yaounde wear facemasks and visors on the first day back in the classroom. By - (AFP)

The reopening of schools and universities, another unexpected move, has been attacked as premature by teachers' unions and parents, who have taken to social media to voice their fears.

The amount of equipment made available is "ridiculously small," said Roger Kaffo, general secretary of the National Union of Secondary School Teachers, pointing out that the supply of 3,000 masks was not even one mask per teacher at secondary-school level.

Daniel Claude Abate, president of an association of small and medium-sized businesses and member of the ruling RDPC party, defended the government's decision not to impose the toughest restrictions.

"We cannot afford to shut down our countries, with fragile economies, as others do," he said.

Even so, "there should have been surveillance policy measures" to track the virus, he said, conceding the government had made "some mistakes."