NPP Primaries To Kick Off On June 20 At 7am 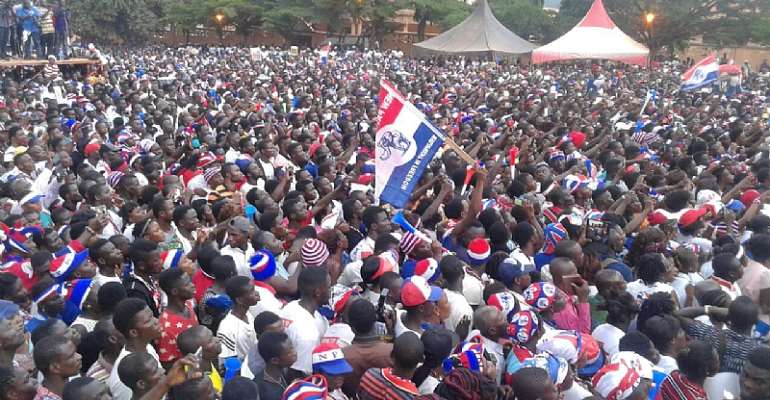 The New Patriotic Party's parliamentary primaries is expected to take off at 7am on June 20.

The primaries will end at 12 noon on the same date.

Accordingly, counting of ballots will be done simultaneously at all polling stations.

The decision was taken at an emergency meeting held at the Alisa Hotel in Accra.

A statement issued at the end of the meeting and signed by the General Secretary John Boadu, indicated that “NPP has scheduled June 20, 2020, to hold its Parliamentary Primaries in the 168 Constituencies where the Party has sitting MPs to elect its Parliamentary Candidates for the 2020 General Elections”.

According to the statement President Nana Addo Dankwa Akufo-Addo is going unopposed for December presidential polls.

“The Party has also resolved to acclaim the sole candidate who had filed his nomination to contest in the Presidential Primaries, H.E. Nana Addo Dankwa Akufo-Addo, as the Party's 2020 Presidential Candidate”, it said.

These critical decisions the statement explained were taken by the party at a National Executive Committee (NEC) and National Council meetings jointly held on Wednesday, June 3, 2020, at the Alisa Hotel in Accra.

It said the date for the acclamation of the Presidential Candidate and his Running Mate will soon be communicated to the general public.

“Equally, the Party will soon issue guidelines for the conduct of the Parliamentary Primaries” it stated.

The NPP had scheduled the parliamentary primaries for April 25, 2020, but was forced to postpone it indefinitely due to the ban on public gatherings to curb the spread of the Covid-19 pandemic.

The meeting chaired by the National Chairman, Freddie Blay was attended by President Akufo-Addo, Vice President Mahamudu Bawumia, General Secretary, John Boadu, and leading members of the party across the country.