US holds up UN envoy on Libya, frustrating Europeans 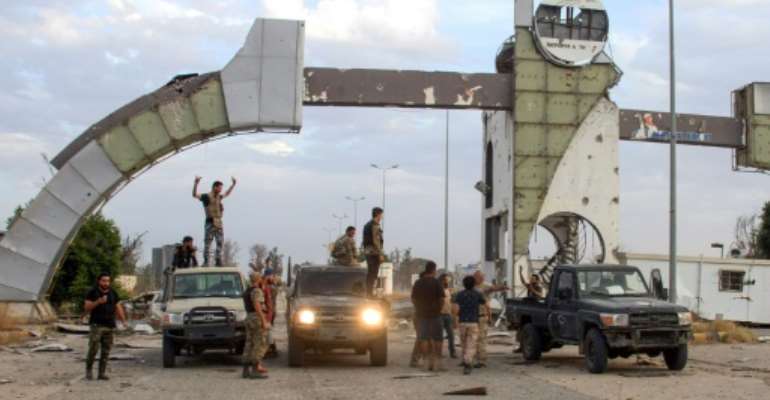 Fighters loyal to the UN-recognized Libyan Government of National Accord recapture Tripoli International Airport after clashes with strongman Khalifa Haftar. By - (AFP)

The United States said Wednesday it was waiting to build an "empowered" UN mission for Libya, frustrating France and Germany which say the delay in approving an envoy is jeopardizing momentum to end the conflict.

The position of UN envoy for Libya has been vacant for three months, even with calls intensifying for a return to negotiations as the UN-recognized government beats back a rebel offensive.

Hanna Serwaa Tetteh, Ghana's former foreign minister, was proposed for the role weeks ago by UN Secretary-General Antonio Guterres but has not been confirmed, with diplomats pointing to US opposition.

"It's really urgent now. The situation in Libya is really bad," said the French ambassador to the United Nations, Nicolas de Riviere, as he went public with concerns Monday alongside his counterpart from Germany.

Christoph Heusgen, the German ambassador, said there needed to be a political rather than military solution.

"By withholding the agreement to a proposal by the secretary general with regard to the special envoy, those responsible... carry a very heavy responsibility," he said. 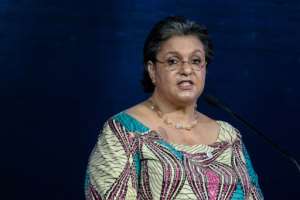 Hanna Serwaa Tetteh, who has been proposed as UN envoy on Libya, delivers a speech in Nairobi in 2018. By Yasuyoshi CHIBA (AFP/File)

A US official, speaking on condition of anonymity, said the United States also sought Libyan negotiations soon but added: "We want an empowered UN mission that can accomplish this goal."

"This will require speedy action to appoint a UN special envoy who has the senior diplomatic clout and personal standing to make that engagement meaningful," the State Department official said.

The official said the envoy should "focus exclusively on negotiation" while a special representative of the secretary general would focus on running the UN mission in Libya.

Guterres first proposed as his successor Ramtane Lamamra, a former Algerian foreign minister, but that choice was vetoed by the United States, leading the UN chief to name Tetteh, who since 2018 has served as the UN representative to the African Union.

The United Nations has long had dual, complementary roles of special envoy and special representative in Cyprus and Western Sahara, but some countries see little to show from the model as both conflicts have been in stalemate for decades.

Libya has been in chaos since 2011 when a Western-backed uprising overthrew dictator Moamer Kadhafi.

Since last year, warlord Khalifa Haftar -- supported by the United Arab Emirates, Saudi Arabia, Egypt and Russian elements -- has been fighting to topple the UN-recognized Government of National Unity.

The Tripoli government, backed by Turkey, has made strong gains in recent weeks, including recapturing Tripoli's international airport on Wednesday.