One Man House Of Worships: Psychiatric Ward For The Multitudes 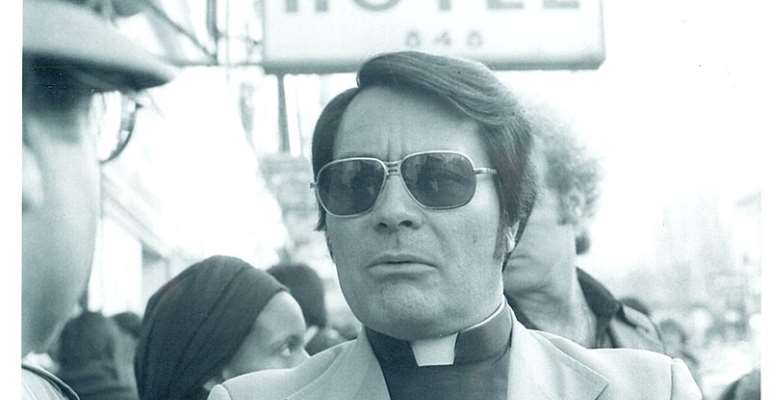 Recent spasm by the famous Assin Fosu Member of Parliament, Mr. Kennedy Agyapong, on the numerous fake pastors in the different parts of the country, sounds the need for the government of Ghana to embark on the building of modern psychiatric hospitals to take over the functions of these sanctuaries for psychiatric patients.

We have not been conscious of the great work of these pastors in harboring these serious patients whom we have no adequate resources to take care of them in the primary care and modern hospitals we have in the country. Had it not been their works, psychiatric hospitals would be over flooded with depressive patients, psychotics, serial murder/killers, vagrant schizophrenics, anxiety patients, etc.

But when one considers the atrocities and heinous crimes being committed by these fake pastors such as Obinim, Badu Kobi, Love, Abrukuabruka, etc., under the pretense of curing these sick souls, then the honorable member of parliament is right and his good work must be emulated by not only the other radio stations around in the country, but also the professional psychologists, social workers, Curators, and psychiatrists who have been trained to deal with these numerous problems of these patients.

Another important thing (that has been an oversight to many) that people hardly talk about are the problems of these patients who have branded themselves as “men of God”, “reverends”, “pastors” and “Bishops” in these one-man churches. It is a well-known theory in psychiatry and psychology of religion that many of these leaders who are now leading these patients have themselves gone through some psychiatric disorders before being able to propel themselves into this profession. Some have revealed some pathological behavior before or currently, they are experiencing psychotic symptoms.

If they had gotten the greatest opportunity of being cured of their pathologies by professional psychiatrists, they would have not entered into these "free fall" professions to go about to preach and molest their adherents who now they pretend to be offering them help and success through their occultist powers. Not being offered a cure/treatment in the psychiatry and main hospitals of their problems had intensified their troubles to be in this miserable profession. In short, most of these men of God if not all of them had some latent psychiatry disorders/illnesses which they continue to suffer in silence at the same time that they profess to be helping our numerous patients in their trapped churches/sanctuaries.

The author’s intention is to call the attention of the government to initiate the building of more psychiatric hospitals in the country to take care of these numerous psychiatric patients who throng at the premises of these deluded pastors, men of Gods, and Bishops who are causing harm to themselves and also their adherents as well. These men's delusion is unprecedented and it has been well documented and filmed by the media and social media. Some of these individuals see themselves as “angels” “Obofour”, or “gods” who frequent heaven always and profess to encounter those who practice occultism during their night flight into heaven. The majority of these men are also deluded into seeing themselves as not only angels but also could turn themselves into snakes, dogs, horses, etc., that can visit their adherents who are in trouble in the prison environments or other difficult situation in underworld such as in the seas. Here, we do not distinguish between the psychiatric illnesses of these men of God and their patients, but we insist that more has to be done to find a better manner where these patients could be helped. While encountering these kinds of problems by them, they besides subject their partners into much dire trouble through their infidelity, divorce, and catastrophic financial problems they encounter.

Professor and Head of Department of Psychology and Human Development

Jonestown: The Life and Death of Peoples Temple (2006)

Jonestown: The Women behind the Massacre (2018)