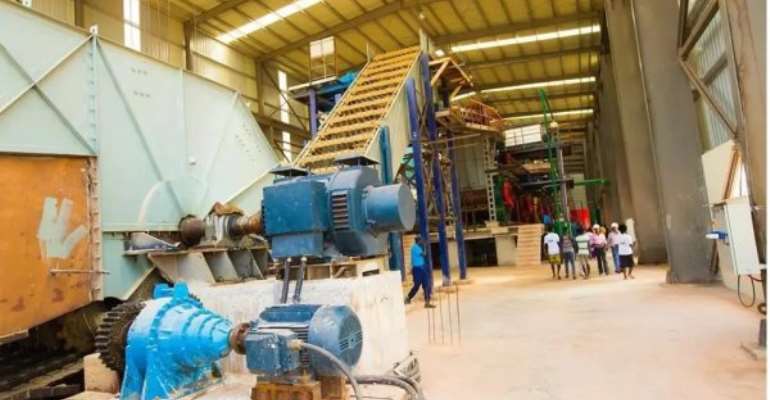 Cabinet has approved Park Agrotech Limited, a Ghanaian company in the agribusiness sector, as the preferred strategic investor for the Komenda Sugar Factory.

He told Parliament, in Accra, that Agrotech was expected to work with STM Projects Limited, an Indian company with extensive experience in the management and operation of Sugar Mills and plantations both in India and other parts of the world.

“Mr Speaker, following the approval by Cabinet as required by conventional practice, the Transaction Advisors entered into final negotiations with the successful bidder with the view to entering into concession agreement for the operations of the Komenda Sugar Factory,” the Trade and Industry Minister said.

Mr Kyerematen was responding to a question by Mr Samuel Abdulai Jabanyite, Member of Parliament for Chereponi on behalf of Mr Yusif Suleman, MP for Bole, on the current state of the Komenda Sugar Factory.

The Minister said over first three years of the agreement, Agrotech would invest $28 million in capital expenditure and working capital, including paying an annual concession fee of US$3.3 million for a period of 15 years.

The Agreement would be effective upon completion of Condition Precedent, which includes the approval of the Agreement by Parliament, adding that the required documentation would be brought to the House in due course.

He explained that after series of extensive stakeholders' consultations, the National Sugar Policy was finally approved by Cabinet in 2019”.

Mr Kyerematen also stated that the approval of the Sugar Policy paved the way for the Concessionaire to be formally introduced to the Chiefs and Elders of the Komenda Traditional area in November, 2019.

He informed the House that the formal agreement between Park Agrotech Limited and Komenda Sugar Development Company Limited had now been executed.

He assured the legislature that as soon as the restrictions on foreign travels arising from the Covid-19 pandemic is lifted and the necessary protocols and approvals have been secured, the technical partners of Park Agrotech would begin a comprehensive programme to bring the sugar factory back to life.

“I wish to assure this august house that as soon as the restrictions on foreign travels arising from the Covid-19 pandemic is lifted and after all the necessary and relevant protocols and approvals have been secured, the technical partners of Park Agrotech will begin a comprehensive programme action to bring the Komenda sugar factory back to life,” he said.