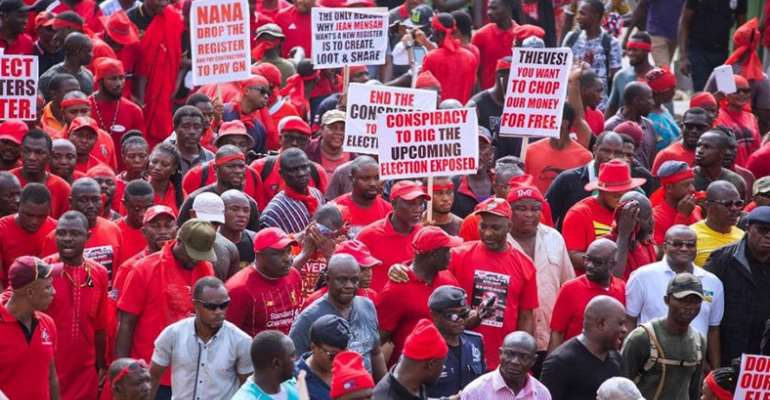 The National Democratic Congress (NDC), the largest opposition party in the country, has called on all citizens to join the crusade to get the Electoral Commission (EC) to back down on using the Ghana Card as the primary document for the compilation of the new Voters' Register.

Mr Johnson Asiedu Nketia, General Secretary of the NDC, who made the call at a press encounter in Tamale on Wednesday, said “the crusade on this matter must not be seen as NDC's battle but a major concern for all citizens to fight for their rights”.

He said people should not say that because they are not politicians, they would not be concerned about this matter, adding, “This is the matter for chiefs, religious leaders, civil society organisations, journalists and leadership of all political parties.”

Mr Asiedu Nketia said the Ghana Card was work-in-progress, which was yet to capture many of the citizenry, therefore, relying on it as the main document to show proof of citizenship to be registered for the new Voters' Register would mean that many citizens would have to be guaranteed to be registered, which on its own was another challenging process.

The EC announced that it would begin registration for the new Voters' Register to be used for the December, 2020 elections from the last week of June until close of July.

According to the EC, the Ghana Card and Passport would be documents to consider for one to be registered and people who do not have those documents, must be guaranteed by two registered voters.

The existing voter's identity card has not been captured in the Constitutional Instrument as one of the documents to use to register for the compilation of the new Voters' Register, hence the ineligibility in presenting it as a document required for voting.

Mr Asiedu Nketia said governance was about numbers and argued that if the number of people in the new Voters' Register would be considered for allocation of development projects amongst other interventions in communities, many constituencies, districts and regions would not get their fair share, because they would be few on the register when in actual fact they were more than that in the constituencies.

He said many of the citizens did not understand those dynamics as far as issues regarding the compilation of the new Voters' Register are concerned, adding that the NDC has therefore, undertaken to go round the regions to explain the matters to them to enable them to speak against it.

Mr Asiedu Nketia said “since the EC is sticking to its gun, it is about time we discharged our responsibilities about the consequences of their action”, hence this decision”.

Mr Asiedu Nketia said as has been the case since the beginning of the Fourth Republic, the old voter's identity card was always the primary document to show proof of nationality to be registered for a new voter identity card; adding that the current Voters' Register was to be permanent and the EC's obligation was to periodically revise it by removing unqualified persons and adding qualified ones to it.