Clashes in Senegal over virus curfew 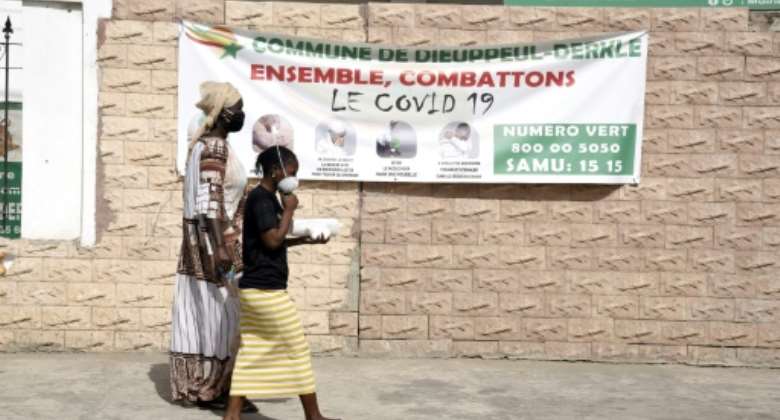 Protests tinged by violence broke out late Tuesday in four Senegalese towns over a night-time anti-coronavirus curfew, prompting an appeal for calm by a major Muslim leader, sources said.

In Touba, a religious hub 200 kilometres (120 miles) east of the capital Dakar, three police vehicles and an ambulance were set ablaze, a senior official said on Wednesday, speaking on condition of anonymity.

A coronavirus treatment centre there was attacked and the windows of the offices of electricity provider Senelec were smashed, the source said.

Witnesses added that post office buildings in Touba -- the seat of the politically powerful Sufi Muslim order called the Mouride Brotherhood -- were attacked.

In the neighbouring town of Mbacke, protestors damaged the local headquarters of radio station RFM, which is owned by singer and former minister Youssou N'Dour, according to the local journalists' association 3CM.

The group said in a statement that it "firmly condemns these acts of vandalism" and "calls on the authorities to ensure the safety of the media during this period of riots".

The Senegalese media added demonstrations also occurred in Tambacounda, in the east of the country, and Thies, in the west.

The caliph, or leader, of the Mouride Brotherhood, Serigne Mountakha Mbacke, made a rare late-night TV appearance to call for an end to the protests in Touba, Senegal's second-largest city with a population of around a million people.

"Go home. Tomorrow we will look at the source of the problems and how to address them. I don't think we have ever seen this in Touba," he said.

The curfew, imposed by President Macky Sall on March 23, bans movement between 9pm and 5am.

It is being implemented in tandem with a ban on travel between Senegal's regions.

The measures have been extended until the end of June, although Sall eased other restrictions on May 11, allowing places of worship and markets to reopen.

High schools in the West African state had been due to reopen on Tuesday, but this step was delayed at the last minute after 10 teachers in the southern region of Casamance tested positive for COVID-19.

The country has recorded nearly 4,000 cases of coronavirus, 45 of them fatalities.

The figures are low compared to countries in Europe and the United States, although experts caution that, as elsewhere in Africa, Senegal is vulnerable to the pandemic because of its weak health system.

Demands for an easing of restrictions have mounted in the face of the plight of many Senegalese who depend on menial day-by-day jobs.

Around 40 percent of the population live below the threshold of poverty, according to a World Bank benchmark.

The government is expected to announce in the coming days whether it will ease some of the emergency curbs.