The psychological effects of early marriage: what I learnt from some Ghanaian girls 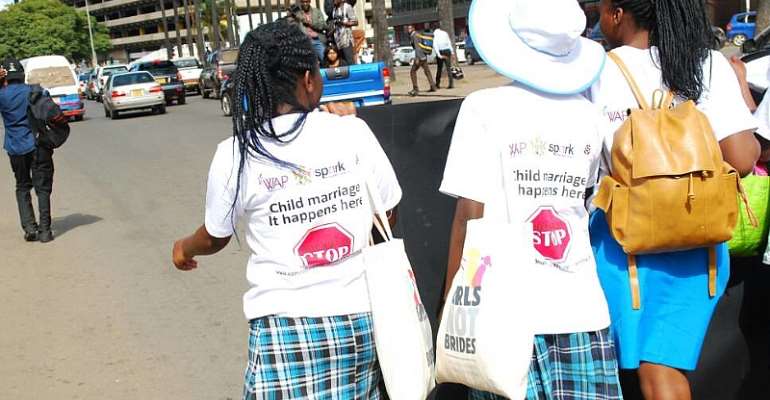 Sub-Sahara African countries are on a campaign to reduce cases of early marriage - Source:

Ghana is one of the many countries worldwide in which child marriage – marriage below the age of 18 – happens.

Ghana has one of the lowest rates of child marriage in West and Central Africa. Within the country, the Northern and Upper East regions of Ghana reported the highest rates (28% each) while the Greater Accra region has the lowest rate (8%).

There are a myriad of interconnected reasons for why the practice of child marriage happens. These include gender inequality, poverty, traditional and customary practices, social norms, peer pressure and poor parenting. Ignorance, impunity and poor enforcement of the law also play a role.

Research in Ghana has focused on some of the causes as well as the affects of early marriage. But the lived experiences of married individuals, their parents and other stakeholders and individuals have been largely ignored.

I conducted research to understand reasons why adolescent girls marry early, their experiences and its impact on their psychological well-being. I also sought to understand the social constructions of marriage and adolescence from the perspective of the female spouses' parents and community elders.

My findings show that the practice of child marriage in some Ghanaian communities was influenced by social, cultural, economic and individual factors. The practice has both positive and negative psychological effects on adolescent girls.

These findings provide an understanding of the intricate nature, practice and implications of child marriage in Ghana.

The impact of early marriage manifests in many ways.

One of the reported effects of early marriage is that girls leave school. This means that girls lose the opportunity to acquire knowledge and skills. Leaving school also takes them away from friends and spaces where they develop social skills and networks as well as support systems.

Another is the loss of adolescence since most married individuals immediately take on adult roles and responsibilities. This can be very stressful.

There are also severe reproductive and health risks , abuse of victims' human rights and a high risk of contracting sexually transmitted diseases.

Studies indicate that most married girls are usually not cognitively, physically and psychologically prepared to take on the role of being a wife and a mother.

There have been attempts to put a stop to child marriage. The Children's Act of Ghana specifically prohibits the betrothal or marriage of a child. It gives the child the right to refuse either. And, six years ago, Ghana's Ministry of Gender, Children and Social Protection set up a unit to end child marriages.

Several governmental and nongovernmental organisations are also working to end the practice in Ghana.

These interventions have had some positive affect as the number of child marriages has come down. But a lot remains to be done.

I want to also highlight that not all experiences were bad - my main findings were that early marriage had both positive and negative implications. This depended on a range of factors. These included, the age of the young woman, her expectations for marriage, relations with the husband as well as the in-laws, expectations on domestic chores and abuse.

Having a good experience of marriage led to reports of a “satisfied” life. This was particularly true for participants who found relief from previous mistreatment in the parental home. Some married girls revealed that they found their marital homes as less psychologically distressing which brought a feeling of safety and relief.

Hmm…the reason I said it is better is that when you were in your house and you were going through pain and hearing some disheartening things…, but if you come to stay in your matrimonial home, such unkind words and painful treatment, you won't hear them anymore. That is why I am saying it has been better.

This may also explain why young girls agree to marriage in Ghana. Young women who have good experiences are likely to influence their peers and choose marriage over their family backgrounds.

Remorse was a strong feeling. Most participants reported regretting marrying early or were disappointed in their marriages. Girls who had considered marriage as an only means to come out of difficult family situations and poverty reported regretting the decision when these expectations were not realised.

Others seemed to regret the decision to marry as it prevented them from completing their education or learning a trade.

Most girls reported worrying about the future and livelihood of themselves and their children.

Possible interventions include working towards reorienting a community's perceptions of the role and worth of women. This could help prevent gender-based practices such as child marriage and abuse of women.

Another important intervention would be to enhance girls' access to education and keep them in school. Research shows that education is strongly associated with the delay of early marriage.

In addition, girls who have dropped out of school due to pregnancy or parents' financial difficulties should be encouraged to re-enrol in school.

Policymakers should also educate communities on the legal and accepted age for marriage, management of teenage pregnancy as well as sexual and reproductive health and their implications for the practice of child marriage. And parents should be encouraged to wait for their daughters to mature into adults before allowing them to marry.

One possible route would be to provide parents with economic incentives and other avenues of income generation instead of the child.

Finally, very little is being done to assist girls who are already married. Interventions could include equipping them with the knowledge, skills and support that could help them manage the impact of their marriage. And psychological services for girls who have been abused and traumatised in their marriages would help alleviate and reduce distress.

Elizabeth Anokyewaa Sarfo Fordjour does not work for, consult, own shares in or receive funding from any company or organization that would benefit from this article, and has disclosed no relevant affiliations beyond their academic appointment.