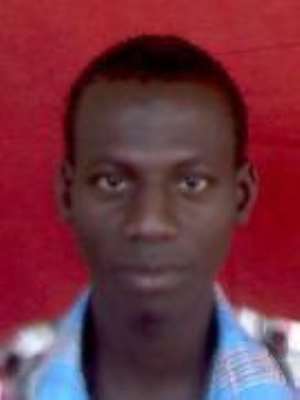 The Yendi Circuit Court has declared Osman Nantongmah wanted for refusing to appear before the court when summoned for the offense of Publication of False news with intent to cause fear and alarm to the public.

The case has been adjourned to June 9.

The accused person is alleged to have circulated an audio recording on social media that seeks to impugn the integrity and character of very prominent traditional rulers in Dagbon over a misunderstanding on the land ownership of the Jagbuni community in the Northern region.

The Northern Regional Security Council (REGSEC) led by its chairman, Salifu Saeed, has condemned the said recording, saying it is a threat to the prevailing peace in both Dagbon and Nanumba.

The REGSEC Chairman, however appealed to the general public and the revered traditional rulers whose character and integrity have been impugned in the recording to disregard the content of that malicious recording and treat it with the utmost contempt.

Mr. Saeed sent a strong warning to the public that any person or group found to have engaged in any such recording will be arrested and prosecuted in accordance with the law.

Meanwhile , REGSEC has held a meeting with the overlord of Dagbon , Nanun and the Mion Lana to find lasting solution to the misunderstanding over the ownership of the Jagbuni lands.

“ REGSEC appeals to the chiefs and people of these great traditional areas to exercise restraint and rather strengthen their age-long brotherly bond which has seen them co-existing since the establishment of the Gbewaa Kingdom.”