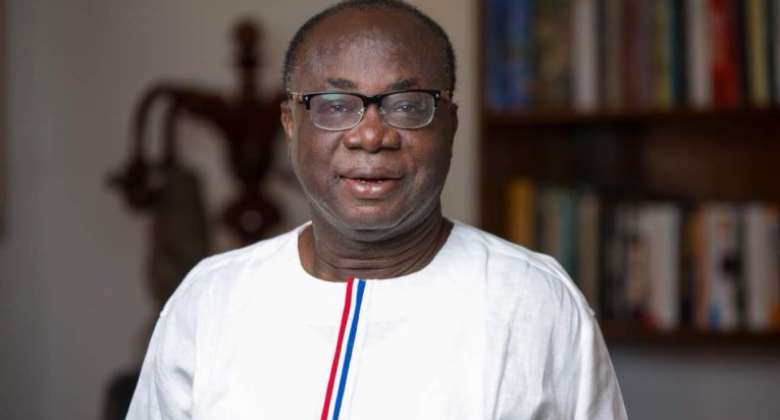 He said it is pitiful for former President John Dramani Mahama to return as the flagbearer of the opposition National Democratic Congress (NDC) after his massive 2016 election defeat.

Mr. Mahama became the first incumbent President to lose an election in Ghana amid a waning economy and corruption allegations.

He also lost by a record margin of almost one million votes to Nana Addo Dankwa Akufo-Addo of the NPP.

After over three years in power, Mr. Blay feels the NPP has acquitted itself well and is primed for another four years.

“I won’t take anything for granted but I will say it’s a pity that the man [Mahama] who presided over what I would describe as abysmal and incompetent handling of the economy, you [the NDC] have decided to bring him back to challenge the very competent and capable performing president [Nana Akufo-Addo],” he said on Citi TV‘s Face to Face.

NDC not a threat

Following the 2016 election that saw the NPP win with 54 percent of the total valid votes to the NDC’s 44 percent, Mr. Blay no longer considers the main opposition party as a serious threat.

Aside from its strongholds, the NPP won in each of the swing regions; Greater Accra, Western, Central and Brong Ahafo regions.

“I don't believe that as we talk now, the NDC is a big force… their performance was bad as compared to what we are doing. They nearly drove the economy into total darkness,” Mr. Blay remarked.

“I'm not taking anything for granted but I don't think the NDC can pose a serious challenge in the election,” he told host of Face to Face, Godfred Akoto Boafo.

The NPP Chairman maintains that his party has allowed Ghana and its economy to tick.

“Ghanaians have a better chance by keeping the fate of this country in the hands of the NPP and that is what is happening.”

Set aside the purported rejection of 2022 budget - Majority ...
51 minutes ago

Xavier Sosu fights back, files for stay of execution against...
51 minutes ago