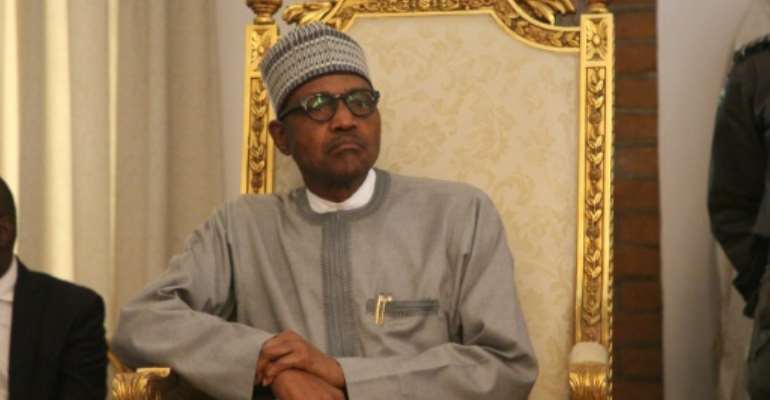 Nigerian president Muhammadu Buhari (pictured February 2020) reportedly the head of the African Development Bank that the country "will stand solidly behind" him in his bid to remain at the helm of the bank. By AUDU MARTE (AFP/File)

Nigeria's President Muhammadu Buhari backed the head of the African Development Bank (AfDB) for re-election at a meeting Tuesday despite a US call for him to face a fresh ethics probe.

Bank president Akinwumi Adesina, a former Nigerian minister for agriculture, is battling to secure a second term at the helm of the multilateral lender in the face of opposition from Washington.

The US is pushing for an outside investigation into whistleblower complaints including personal enrichment and favouritism after Adesina was exonerated by an internal inquiry.

The Nigerian presidency said Buhari told Adesina at their meeting in Abuja that the country "will stand solidly behind" him in his bid to remain at the helm of the bank.

"The President pledged that Nigeria would work with all other leaders and stakeholders in AfDB to ensure that Dr Adesina was elected for a second term built on the record of his achievements," a statement said.

Adesina is the first Nigerian to be in charge of the 56-year-old AfDB, one of the world's five largest multilateral development banks.

He is the only candidate in an election which was set for late May but which has been postponed until August because of the coronavirus pandemic.

Nigeria, whose stake makes it the bank's biggest shareholder, has made little secret of its support for Adesina.

The bank chief repeated to Buhari his insistence the allegations against him were trumped up and that the US call for a new probe was against the bank's rule.

The 60-year-old is known for his bow ties and flamboyant manner, but also for a managerial style that critics say is authoritarian.

In October 2019, the AfDB raised $115 billion (105 billion euros) in fresh capital, an operation deemed a personal success for Adesina.

It is the only African institution which has a triple A rating by credit rating agencies.

The bank has 80 state shareholders, 54 of which are African, while others are from the Americas, Asia and Europe.