Lights, camera, action: film sets in Paris get back to business 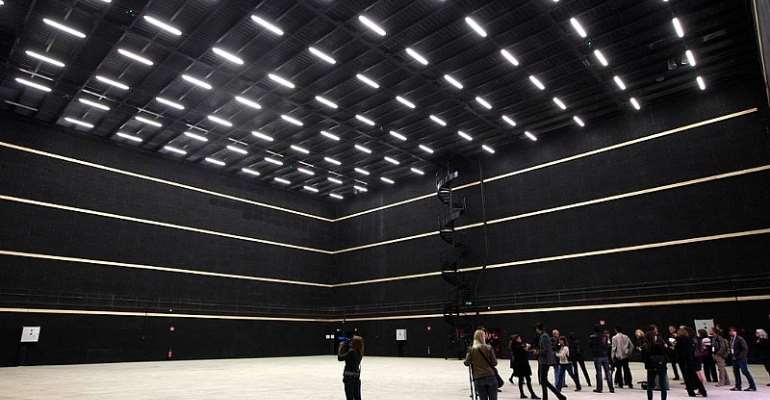 As France progessively eases lockdown measures to curb the spread of the coronavirus, one of the sectors keen to get back to business is film and television. To keep in line with new hygiene measures and social distancing on the sets, some projects may have to make changes to scripts and locations.

The film Eiffel, with Romain Duris and Emma Mackey, is a case in point. The two lead actors will take up their roles and continue filming on Thursday in what is expected to be one of this year's biggest budgets for a French movie at 23.4 million euros.

Directed by Martin Bourboulon, Eiffel is a romantic comedy about how Gustave Eiffel designed the now-famous tower for the Universal Exhibition of Paris in 1889.

The team had already shot most of the scenes at the end of 2019, well before the Covid-19 pandemic was declared.

"Luckily we did our crowd scenes and love scenes before the confinement, because now we wouldn't have been able to," producer Vanessa Van Zuylen told the Journal du Dimanche newspaper.

Some scenes have had to be re-written since the lockdown to limit the number of people on set to no more than 50.

All technicians on set will have to wear protective masks and gowns, an ultraviolet light machine will clean equipment after filming, and a nurse will be on hand to make sure all the hygiene measures are respected.

"We are going to film a restaurant scene, and there needs to be 1.5 metres between actors. But that's what upper class dinners were like back in the 19th century," explained Van Zuylen.

50 million euros in aid
Around 80 different film projects were underway in the Paris area when the lockdown came into force on 17 March.

These projects have now been given the green light to resume, provided they apply health and safety guidelines adapted to the prevention of Covid-19.

The French film industry has already begun to receive compensation guaranteed by the National Cinema Centre (CNC) and there will be  around 50 million euros in further financial support from the government.

Michel Gomez, in charge of authorising film sets on behalf of the town hall in Paris, says dozens of projects suspended during lockdown will restart in June. The business brought in some 2 million euros for the city in 2019.

One of the films in question is the historical drama Adieu Monsieur Haffman directed by Fred Cavayé. The crew spent the last week of May preparing the set, which included repainting walls of two streets in Montmartre.

The team has been reduced from 50 to 25 technicians and some scenes have been re-written to avoid too many extras. One scene featuring a cabaret was cut completely.

The new health and hygiene guidelines range from regularly disinfecting sets and equipment, staff wearing masks, individual meals as opposed to a canteen, marking on the ground to establish distances between technicians and members of the public if the shoot is outside.

To kiss or not to kiss?
At first the regulatory body wanted to ban kissing on set. But this rule was overturned by directors and producers.

However, insurance companies do not appear willing to cover Covid-19 as part of their risk packages, said Hugo Rubini, a consultant for film directors on the matter, explaining why the temporary relief fund was quickly set up by the CNC.

"It's terrible to see good films not made because of fear," he added.

Meanwhile, some 2,046 French cinemas are hoping to re-open to the public as of the 22 June, with strict hygiene measures in place, which may involve a reduced capacity for seating.

Why Implement Policies Of An ‘Incompetent’ Leader? – Former ...
11 minutes ago