[Video] We're Sorry For Voting Against Mahama In 2016 — Regretted Drivers 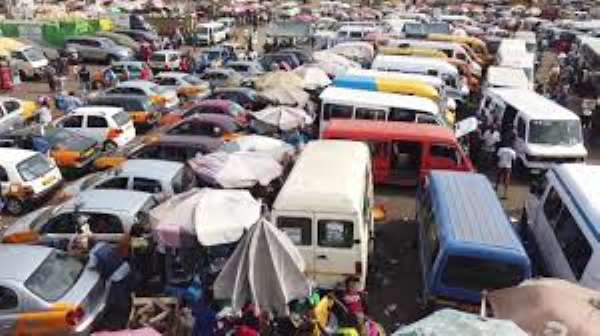 A group calling itself the True Drivers Union has rendered an unqualified apology to Former President, John Dramani Mahama for massively campaigning and voting against him in the 2016 general elections.

“We will like to say sorry to John Dramani Mahama.We’ve really sinned against John Dramani Mahama…we are pleading with him to forgive us…If he forgives us Wholeheartedly, even if some of us refrain from going to Church again, God will still accept us in heaven”.

Their plea comes at the back of the recent increment in petroleum prices which was announced by the National Petroleum Authority (NPA) over the weekend. The BOST Margin has been increased from 3 pesewas to 6 pesewas for a litre of petroleum product.

Justifying their plea in an interview on Accra-based Hot 93.9FM, the Public relations officer of the True Drivers Union Yaw Barima, explained that during for President Mahama’s regime, before the government would announce any fuel increment, they would go into an agreement with drivers, the Energy Ministry, Transport Ministry, Finance Ministry and the media–then through the Ministry of Information, the media would announce the petroleum prices to the public.

"Then as drivers, because of the respect we have for the passengers, we would also come out and prompt them about upcoming increment in fares," he explained.

But according to Yaw Barima, ever since the Nana Addo-led government came into power, they have never done that–adding that they always increase the prices without their knowledge.