How Uganda is failing to help rural children learn languages 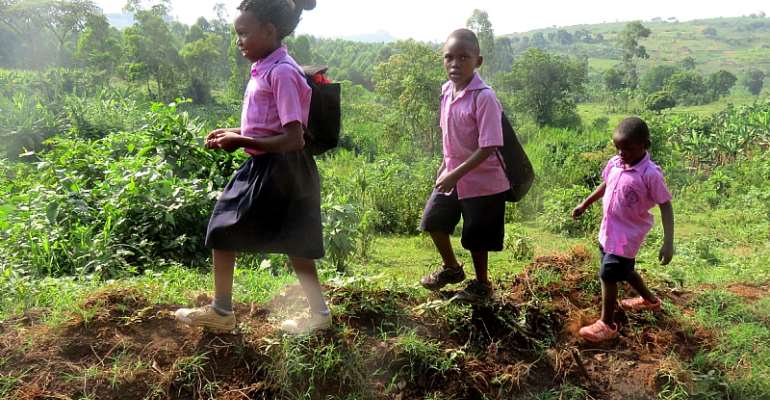 The government of Uganda introduced the mother tongue education programme with hope of improving literacy levels 12 years ago. But the training of teachers at colleges was not modified to match the introduced programme.

In a recently published study we conducted in 2018 in three rural schools in Northern Uganda, Gulu District, we found that teachers complained about inadequate training in the mother tongue, Acoli. Teachers said they weren't taught the local language as subject at college and this made them feel inadequate to teach in the language.

This limited training affected the teaching of the learners' mother tongue and ultimately, the level of literacy acquisition, which is both slow and poor. For instance in 2016, Uwezo, an East African organisation that reviews learners' progress, found that pupils in Grade 3 and 7 had a competence rate of 25% when assessed in reading English and numeracy.

National exam data from 2017 where children in Grades 1 to 3 were assessed in English and local languages in government schools, showed that only 27% of the pupils could identify 4 out of 5 Acoli letters. Acoli is the dominant language spoken in Gulu and the language taught as the mother tongue and used as the language of teaching and learning.

Another international study used the Early Grade Reading Assessment tool to assess learners in northern Uganda. The results were even more discouraging. Between 90% and 91% of the learners in the north did not understand what they read in their mother tongues. The paper argues that if the assessments were done in English, the results would've been poorer.

Some teachers in our study said they preferred teaching in English because that's how they were taught. They argued that they didn't see much value in teaching the mother tongue while learners will be sitting English exams at the end of primary schooling.

Studies have shown that teachers should be trained at college in accordance to what the practice in schools demands. Our findings clearly mean that teachers have a negative attitude towards mother tongue education. This inevitably affects their classroom practices and the process of literacy acquisition.

Another challenge that teachers at government schools experience relates to the absence of pre-primary sections at government schools. For example in our study, one teacher said they receive learners “from home direct” – meaning they receive children who have not gone through pre-primary. Grade 1 teachers therefore have a huge task of teaching not only Grade 1 content but also pre-primary classwork that children should've learnt between the ages 2 and 3 years. This slows the process of literacy acquisition in these schools.

Another problem in Uganda has been the threat of violence . The Lord's Resistance Army rebels destroyed infrastructure in a area with few schools to begin with. This meant that learners walk long distances to school.

Teachers reported that some pupils walk for close to 5km to and from school. If they must reach school by 8AM, they start their journey at around 5AM. Some of these learners are as young as 5 years old. By the time they get to school they're tired and their concentration in the classroom is affected.

Classrooms at these schools tend to be overcrowded. At the three government schools we visited, Grade 1 and 3 classes had learners ranging from 70 and 190 in a single classroom. Many of the learners didn't have desks. Some classes didn't have desks at all.

When it was time for them to write, the chairs turned into desks while learners knelt and put their books on the chairs. In such circumstances, it's difficult for learners to grasp the skill of writing.

During the rainy season the teachers said learners' books were soiled. As such, some come to school but without any materials. Our study also found that when teachers give exercises or notes to take down, learners use pens and pencils in turns. In the process, those who have no books and pens cannot properly practice the skill of writing and therefore lag behind those who do.

Teachers also reported there were limited teaching and learning materials in Acoli.

As much as our study highlighted difficult circumstances, there are various organisations that have joined hands with government to help learners in this area. The organisations doing work in Gulu District, for example, include Save the Children , Northern Uganda Basic Education and Hope is Education International , among others.

These organisations are involved in various activities such as teacher training, provision of teaching and reading materials and sensitising the community about the value of mother tongue education.

In addition, these organisations, like Save the Children, set up clubs in the community where children learn to document their traditional stories. Such stories are later edited and published and returned to learners.

The government of Uganda needs to plan for pre-service teacher training. Teachers need to be acquainted with skills that match what their teaching practices demand. They should also be prepared to defend mother tongue education when it faces opposition from the community.

Medadi Ssentanda received funding from Makerere University Directorate of Research and Graduate Training under the Nurturing Emerging Research Leaders Project (NERLP) to conduct research on the implementation of mother tongue education in northern Uganda, from which this article was written.

Allen Asiimwe works for Makerere University as a Lecturer in the Department of African Languages. She received funding from the university's Directorate of Research and Graduate Training under the Nurturing Emerging Research Leaders Project (NERLP) to conduct research on the the implementation of mother tongue education in northern Uganda. This article is based on the findings from this research.