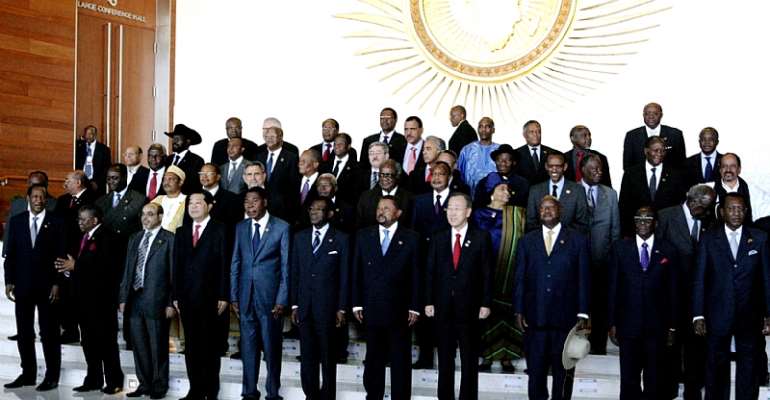 Violent protests in Minneapolis, Los Angeles, Washington and remarks by USA President Donald Trump alongside confession made on TV by former President Barack Obama - in Chicago White Officers Police brutality against Black-Americans being on daily agenda - seems to be a road map opening up the end of a Super Power, a Super Power in moral lockdown.

Moses went up to the top of the mountain and came back down with ten commandments. Allah asked his Prophet Mohammed to explain to people his Quaran, the book of his moral standards. Buddha has his version of moral standards people should follow. People do not live by bread, water and love alone, primarily by moral standards offering guidance for daily life. In today´s young generation the question and need for personal answers to questions like "Why I am here? What is the meaning of my life?" and on which basic principles this world should function and move into a great future ahead is not only visible in "Friday for Future" demonstrations. Times seems to fundamentally shift being like a volcano erupting wanting to form a new fertile soil to live on and with. Hot lava needs long time to cool down, destroys and seven years later is the most fertile soil possible...it is the Beauty in the Beast.

Societies/Cultures in its core were at any given time in human history emerging by moral standards and collapsing on them once they were no longer suitable for purpose, to harnish and improve economic conditions and overall wellbeing of citizens.

To blame USA President Donald Trump for his tweets and subsequent actions is criticism short-lived as he is only the result of the decision of the majority of the American Voters and their inability/capability to change their own political system to demonstrate Americans can lead the world on any helpful moral grounds. Gun laws firing mass shoutings, CIA involved in secret killings, labelling former President Barack Obama a black President while in fact, he is mix-raced only, torture in Guantanamo Bay against American law, lies about the situation in Iraq to invade the country, first settlers from Europe oppressed in their native countries by political and church leaders killing native Indians and their buffalos on arrival in the New World using slaves to build their prosperous economy and society etc. are obvious signs of a failed society by its own standards...in history a clear indication that a once strong society is on the downturn over the next few generations as observers can see remembering Roman Empire, Osman Empire, Roman Empire of German Decent, Achimedian Empire, Greek Empire, Ashanti Empire and alike.

The brutal killing of Georg Floyd in Minneapolis by White Police Officer Derek Chauvin is the visible peak of the ice-berg, one of more signs to come that over four to six generations into the future USA as a Super Power will be history for good. For many unimaginable as they live right in the heart of this society or being admired from outside for their achievements, but as no Empire/Super Power lasted forever, the signs of the downfall must be observed and studied on a long term perspective. An Empire/Super Power emerges, is strong for generations dominating others, reaches its peak after which the road down to history begins. This tipping point is always when moral standards no longer work for people as actions are louder than words.

Super Powers of today, USA, China, India, Japan, EU and Russia have different approaches how best to keep their economic and political powers alive and increased. The power that is in moral standards and mankind is hungry for, they can no longer provide. Colonialism has been replaced by giving loans and indebting countries to use and misuse them for their own economic and political agenda that is a strategy powerful in itself, but not a basis for an everlasting road ahead.

The times and signals are clear to critical and open-minded people. In the shadow of the visible, the new Ruler of the world has all opportunities to prepare itself, during the next four to six generations, to come out and to move into its position. Pan-Africanism is a well-heard slogan with few substances especially on the vital aspect of moral standards proclaiming only political and economic African Unity. One major failure of not having seen any strong signs of African Unity is the weakness of Pan-African Intellectuals/Leaders not to have understood moral standards powers and expressed them in the form of a new concept. The bottom of this dilemma seems that these Intellectuals are trapped in their own past, the spirit that is in their blood not making them free to think and advocate for new moral standards the world has never seen before in that fashion with the inner force to uplift mankind onto its next level.

As Africa in sixty years to come will be twice the size of the population of all Super Powers combined the open door is visible for the African continent to take charge once again of the world like at the beginning of civilization. But, when they miss this window of greatest opportunity and do not present new moral standards they want to base their societies on, the ball will be again in the hands of the White Man to rule over them for endless generations to come.

Will Africa hear an understand the signs?

Accra: One Killed As 4 Cars, 2 Motorbikes Collide At Anyaa
25 minutes ago